I've posted about Dad so many times. Today is his birthday. He was born 99 years ago today. Dad died in August 2001. He would have loved this blog. It seems like just yesterday when he showed me the family bible and asked me to look for Reddick Bryan on my new AOL connection. Find more about Dad at this post - 52 Ancestors in 52 Weeks: #2 Whit Criswell Bryan.

Family photographs and documents from the collection of Diana Bryan Quinn.
Posted by Diana at 10:20 PM 0 comments

I read today that today there are only three living survivors of Pearl Harbor. There are no living survivors in my part of Virginia where local survivors' names are engraved on a monument at Joint Expeditionary Base Little Creek-Fort Story.

My father, Whit Criswell Bryan, was a survivor of the Pearl Harbor attack. Dad was stationed at the Mobile Naval Hospital #2 as a Pharmacist's Mate 3rd Class. He was one of many Naval personnel constructing the hospital and it was not complete when the bombing occurred. He didn't talk about his specific duties after the bombing so I did some searching to find out more.

According to U.S. Navy Medicine, The Mobile Naval Hospital was not yet uncrated but provided personnel, supplies, and equipment to treat 110 patients on the day that Pearl Harbor was attacked.

Hospital Corps Quarterly, Volumes 15-16 has a list of all officers and enlisted men stationed at the Mobile Naval Hospital on December 7, 1941.


Bernard Williams, a Pharmacist's Mate at the mobile hospital, stated that after the attack they began the task of cleaning up the debris and worked well into the night.

LeRoy Knurr, a Navy carpenter, said his unit was quickly put to work building medical facilities for casualties. It was written that as soon as an area was finished, beds would be brought in and it would soon be filled by wounded. Edward C. Kenny stated they worked frantically to finish the mobile hospital to accommodate 400 burn victims.

George Gorohoff's obituary stated that he was personally responsible for making over 3,000 battle dressings following the attack while working in a cane field. The mobile hospital was surrounded by cane fields.

Robert Brunner and others from the mobile hospital crowded into trucks and hustled to the harbor. The most severely burned victims were taken to the naval hospital. More than 100 were treated in the still-unfinished mobile unit.


Visit these links to learn more about Dad's time in Pearl Harbor.

Family photographs and documents from the collection Diana Bryan Quinn. 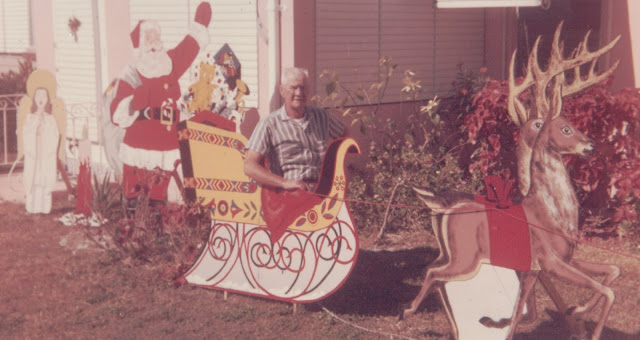 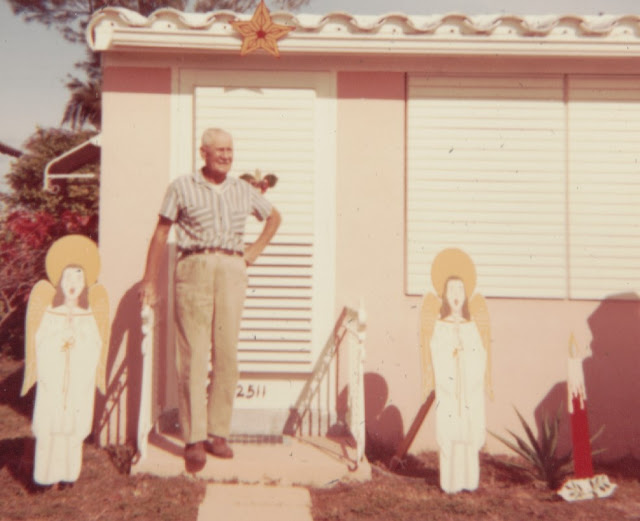 Charles William Giddens was my Great-Uncle Charlie and the son of Charles Allen Giddens and Mary Lucy Glynn. My grandmother's brother, Charles was born in Crew, Virginia where his father had a clothing store for a short period. By 1900 the Giddens family was living in Phillipsburg, New Jersey. Charles served in the U.S. Army in WWI and left for Florida during WWII to serve in the U.S. Navy. Charles and his wife, Louise Uhde were living in Hollywood, Florida by 1948. They remained in Hollywood until their deaths, Charles in 1972 and Louise in 1975.

I've posted about Charles and Louise Giddens several times in this blog. To learn more, click on the following links.

Family photographs and documents from the collection of Diana Bryan Quinn.
Posted by Diana at 11:36 PM 0 comments