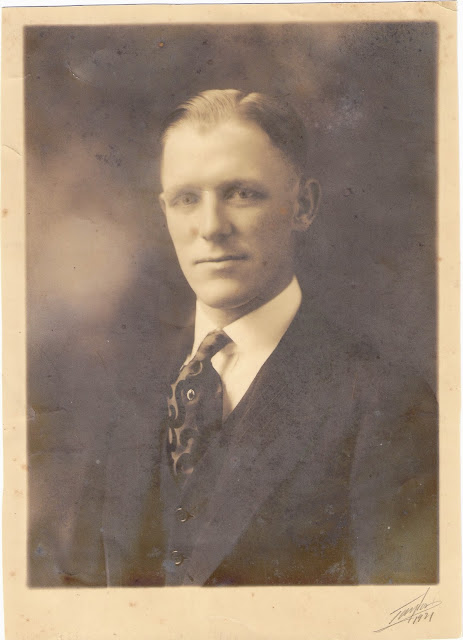 My grandfather, Claude Davis, was born on September 28, 1893 - 120 years ago tomorrow. This is a photograph was taken in 1921. The photographer was Taylor, but the exact location is unknown. 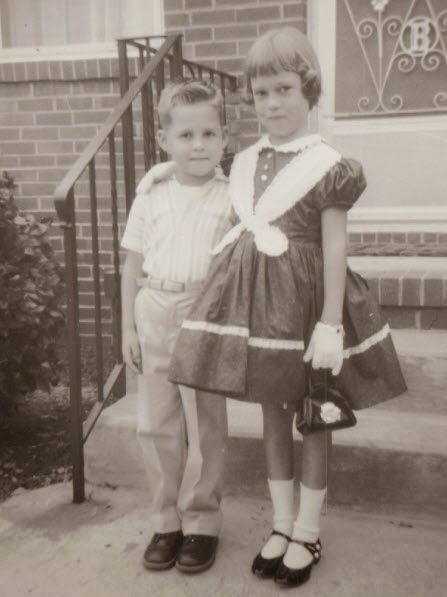 Loved you then and love you now. Happy Birthday to my slightly younger  brother. 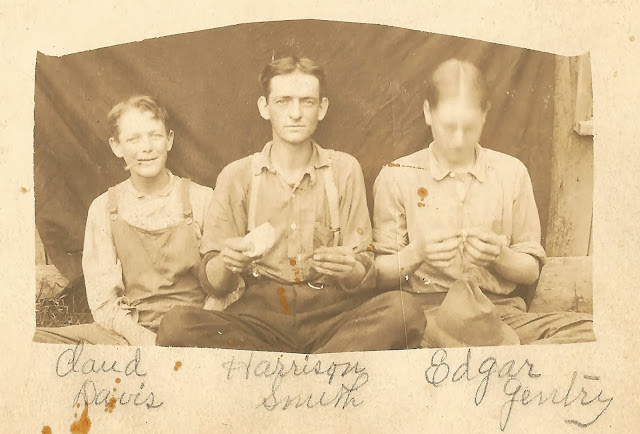 This photograph belonged to my grandfather, Claude Davis. In the album, the date is given as 1909. The boys look as like they might be rolling cigarettes. I am assuming that this was taken in Edmonson County, Kentucky as Claude, Harrison Smith (aka John Harrison Smith), and Edgar Gentry (aka William Edgar Gentry) lived in Parker, Edmonson County in 1910.

My grandfather was Claude Lewis Davis from Edmonson County, Kentucky. I was told that his name was first Claude Smith and when he learned the identity of his real father, he changed his name to his mother's maiden name of Davis.

Claude's mother, Bertha Davis, was 14 years old and unmarried when he was born. A census search for her family revealed that she was the daughter of Olive Caroline Davis, an unmarried woman, in Edmonson County with two children in 1880.  Olive Caroline Davis was the daughter of Seth H. Davis and Margaret "Peggy" Jones who married September 29, 1843.

Can you see my challenges?
In addition to the above challenges, some Davis family members appear to be nonexistent in census records, there are very few researchers looking for this family, and I don't have background knowledge of this family; few family stories, no bible records, no obituaries and only a few photos.

During the next few weeks, I will post my photos and found information about this Davis family along with questions that I would like to answer. If you have photos or additional facts, please contact me.