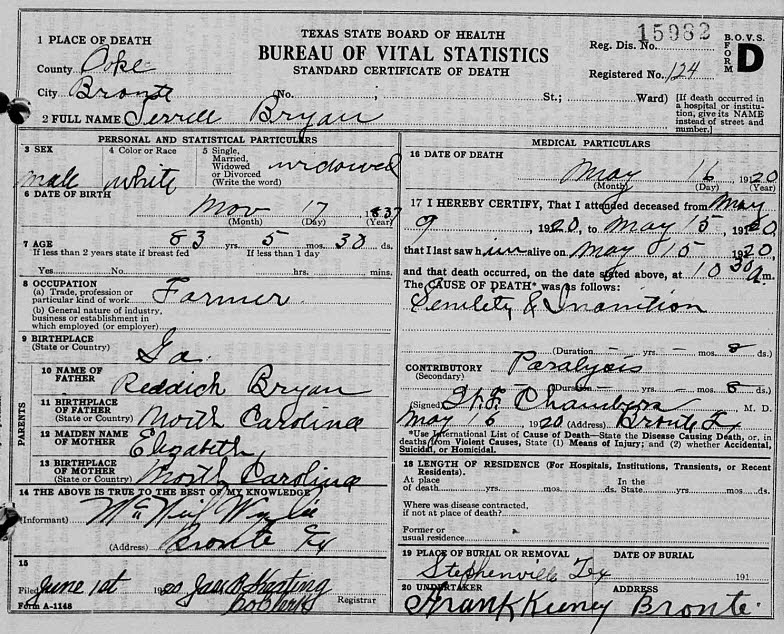 Yesterday, I posted the photo of Terrell Bryan's funeral and, this morning, I added the following update to the post. 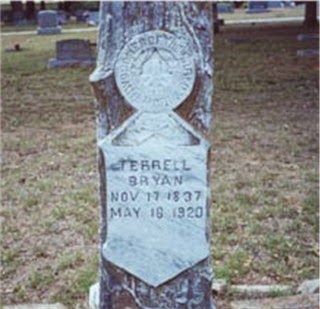 Terrell was born on November 17th, but documents conflict as to whether it was in the year 1836 or 1837. All of my trees and Internet postings give Terrell a birth year of 1836. Do I need make changes?

The year of 1837 was found in four places - the funeral notice, obituary, death certificate, and cemetery marker. All probably from the same source and all recorded very close to Terrell's death.

The year of 1836 was found in a transcription of Reddick Bryan's bible. Reddick was the father of Terrell.  The bible was published in 1824 and transcriptions found in DAR records that were submitted in 1950.

On November 19, 1909, the Stephenville Tribune published an article about Terrell celebrating his 73rd birthday on November 17th. This would give him a birth year of 1836.

Terrell was found on the 1920 census living with his daughter, Dollie Wylie, and family in Coke County, Texas. This family was recorded on the census on January 17, 1920. Terrell was reported to be 83 years old and as his birthday was not until November 17, his birth year would be calculated as 1836.


Remembering that he was also said to be 83 years old on his death certificate in May of 1920, I took a second look. On the death certificate, his birthday was written as November 17, 1837 and his age was reported to be 83 years, 5 months, and 30 days old at his time of death.  If his age was correct, his birth year would have to be 1836. If born in 1836, Terrell Bryan was exactly 83 years, 5 months, and 29 days old when he died. The county clerk didn't do the math.

Early on, I determined that information recorded during an ancestor's lifetime usually proves to be more accurate than those dates recorded at or after an ancestor's death. Keeping that in mind and noting the incorrect math calculations on Terrell Bryan's death certificate, I am sticking with 1836. 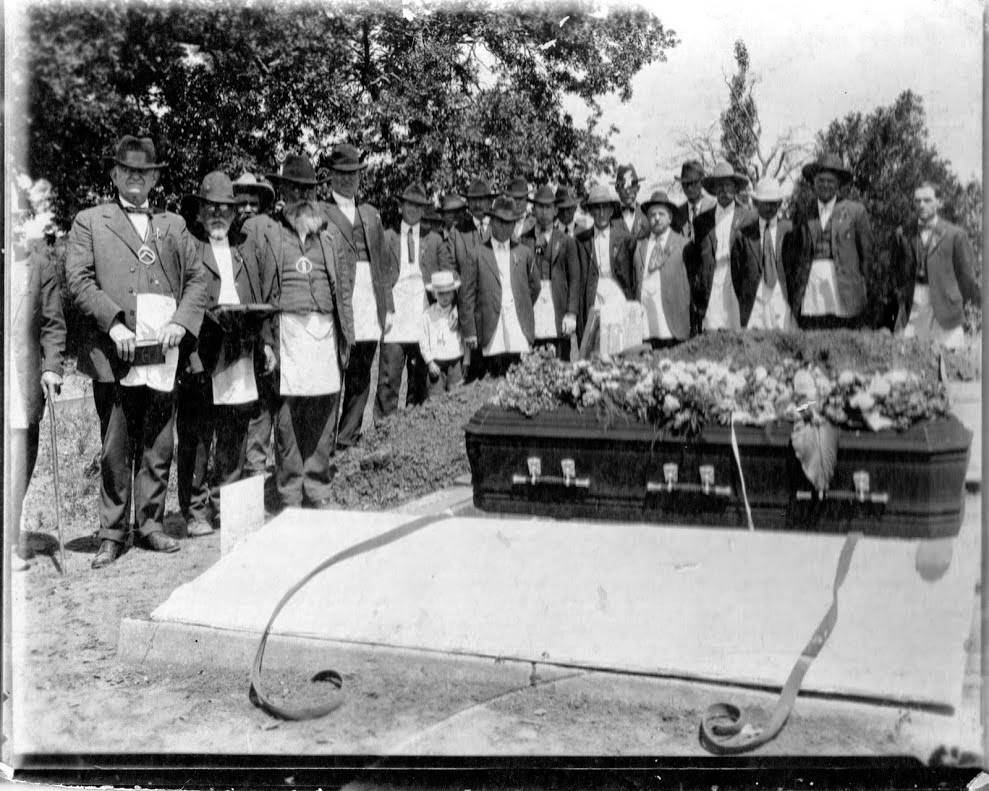 I could have titled this post Terrell Bryan had a Masonic Funeral Service, but wanted to attract the attention of Erath County researchers. I received a copy of a copy of this photo 14 years ago; however, didn't know who had the original.  In September, I visited a second cousin once removed who showed me the original and allowed me to scan it at high resolution so that most of the faces could be easily seen.

This photo was taken in West End Cemetery, Stephenville, Erath County, Texas at the funeral for my great-grandfather, Terrell Bryan. There are no markings on the photo, but when enlarged, the stone already in place reveals that it was the cemetery marker for Terrell's wife, Harriet Louisa Albritton Bryan. 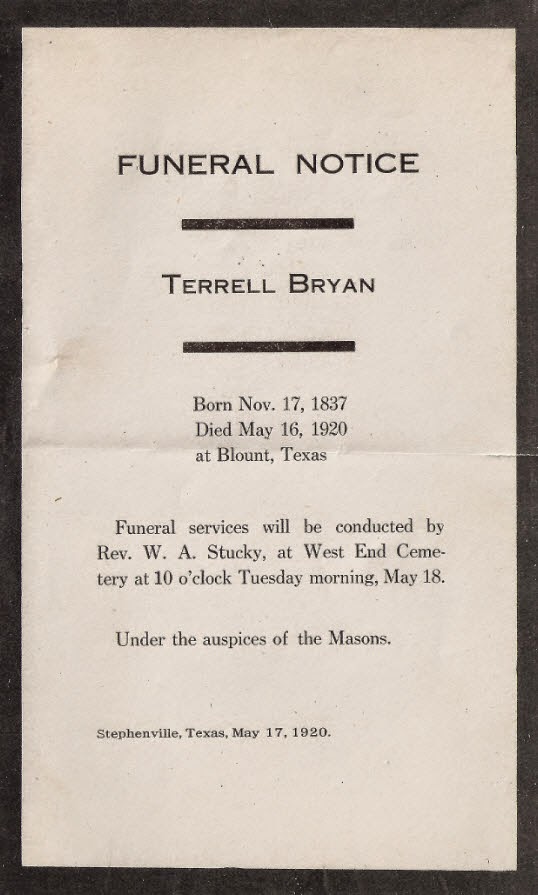 Terrell Bryan died in Bronte, Texas in Coke County at the home of his daughter, Dorothy Elizabeth Harriet "Dollie" Bryan Wylie.  His funeral took place on May 18 at West End Cemetery.

Terrell's son, Redic E. Bryan was not a Mason so is not pictured in the photos. It is unknown if any son-in-laws, grandchildren, or other relatives are in the photos.

Terrell was a Master Mason and he belonged to Stephenville Lodge No. 267 in Texas.  I would think that most or all of these men pictured were from that lodge.

I know very little about Masonic history or procedures, but did find information about Masonic Burial Services that detailed the expected dress of Masons at a service. Each Mason was expected to wear his apron, a suit, hat, white gloves, and a piece of evergreen should be pinned on the left lapel of his suit jacket. The Master of the Lodge stands at the head of the casket. The Holy Bible, Square and Compasses should be covered with crepe. 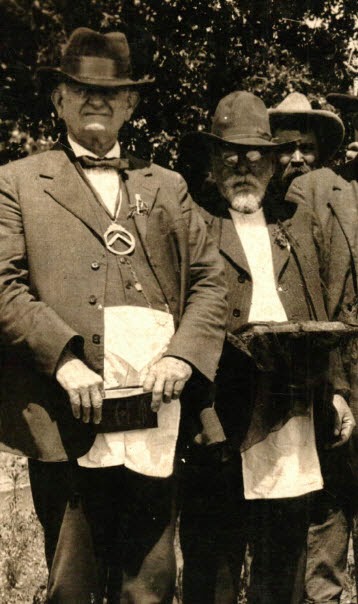 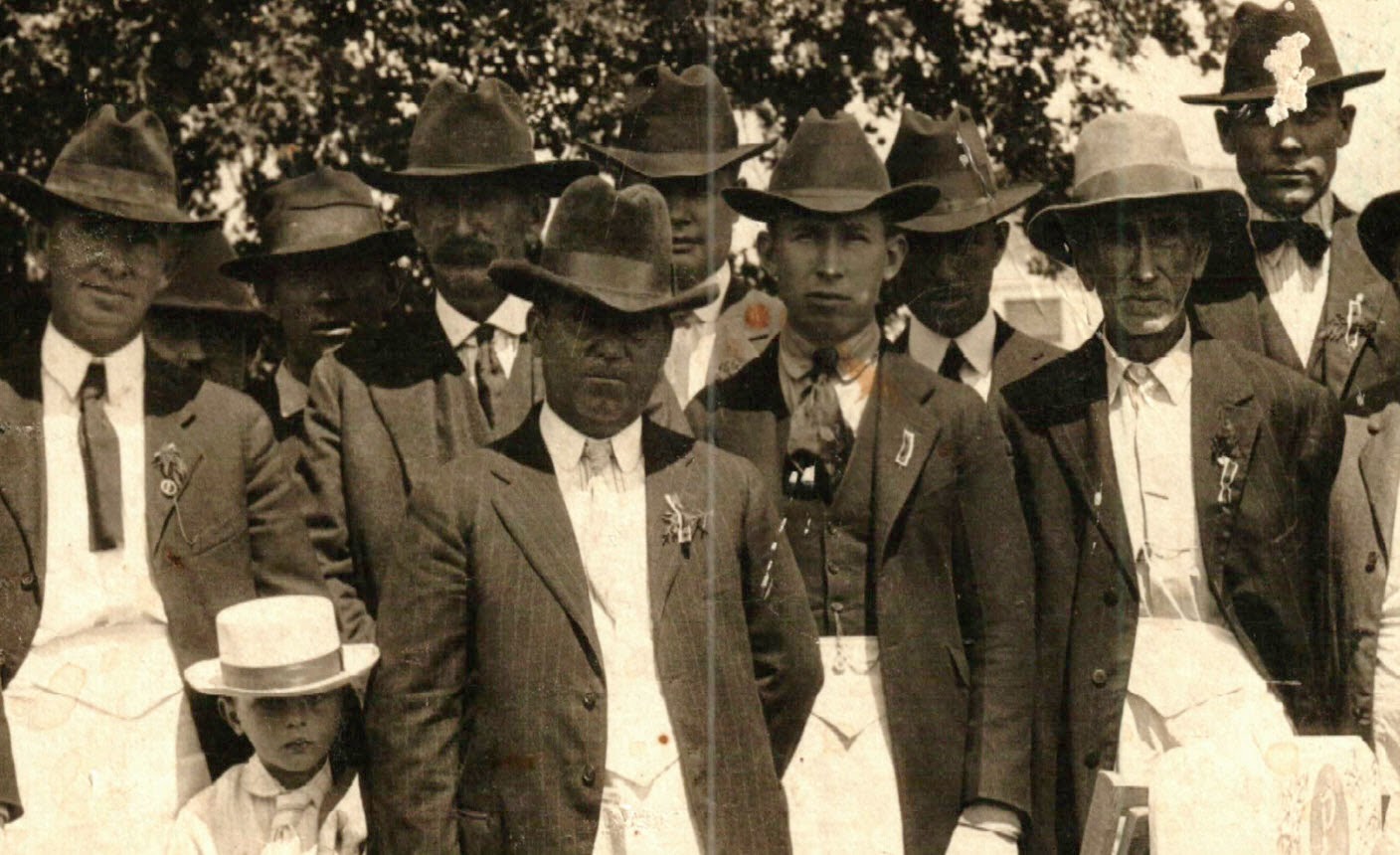 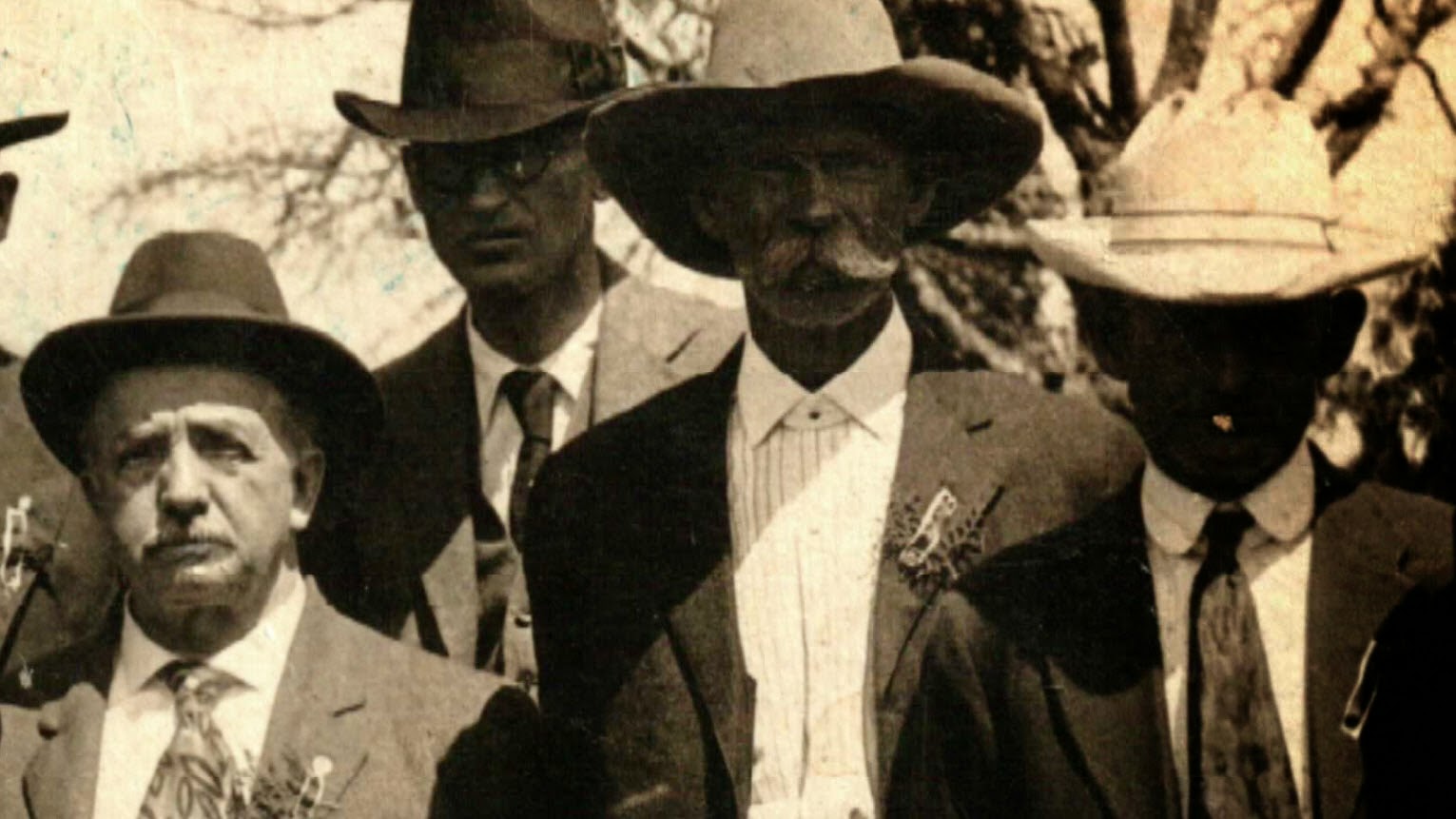 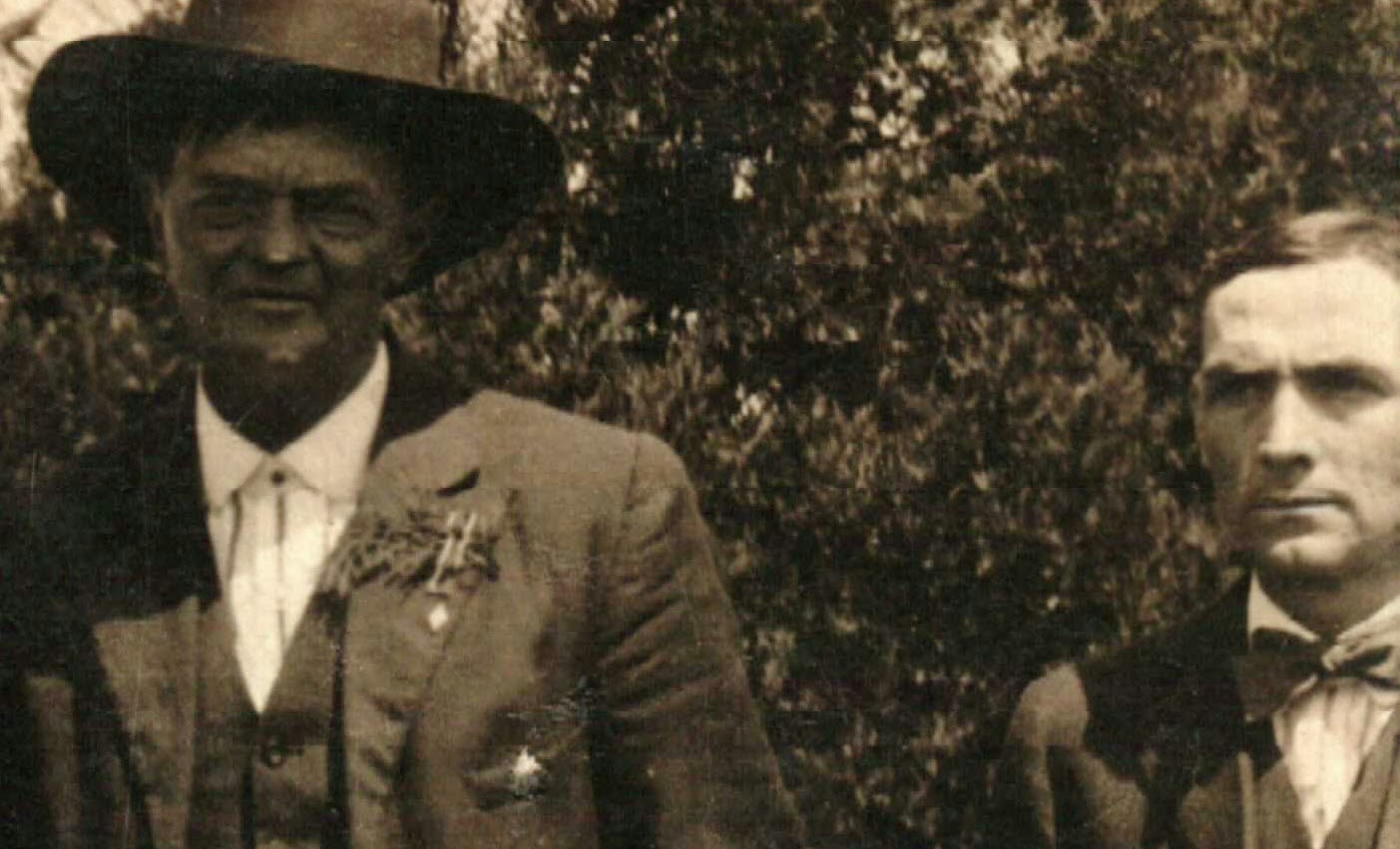 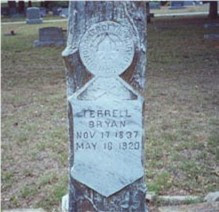 Funeral photo from the collection of Richard Warner. Used with permission.

My grandmother, Edith Giddens Davis, had two photos of Myrtle Davis in her album.  Although my grandfather was a Davis, Myrtle isn't related. She was a friend of my grandmother and/or other Giddens family members in Phillipsburg, New Jersey.

A Google search as well as searches at Ancestry.com, Find a Grave, and GenealogyBank, indicate that Myrtle Davis is probably the daughter of William Davis and Annie Hendershot.

It appears that Myrtle and most of her family remained in Phillipsburg. Myrtle, Furman, and three of their children are buried in the Belvidere Cemetery in Warren County, New Jersey.

A third photo, found in the album and labeled Mr. and Mrs. Davis 1917, could be Myrtle's parents; however, the Giddens family knew at least one other Davis in the area. Ellsworth Davis was a friend of my grandmother's brother, Charles "Charlie" Giddens, and Mr. and Mrs. Davis could his parents.   Charlie and Ellsworth made national news, in 1909, when they tried stuffing a cannon with dynamite for a Fourth of July celebration. Click here to read about their brush with death.