As I have a new grandson and my friends are calling me grandma, I thought I would post a photo of grandparents. This photo, belonging to my mother, has several!

Elizabeth was the daughter of Mary "Lucy" Glynn and Charles Giddens. Lucy is pictured above.

The location of the photo is not known. It was most likely taken in Phillipsburg, New Jersey as many of the family members lived there in 1917.

Family photographs and documents from the collection of Elizabeth M. Bryan.

I am writing this post for my son and daughter-in-law who chose to name their son, William Joseph Quinn.

Years ago, when expecting my first child, my husband let me know I could choose the name if it were a girl, but a boy would have to be named William Joseph Quinn as he wanted to continue the family tradition.  Well, the first child was a girl, but the second was named William Joseph Quinn. No junior or senior. We didn't know how many preceded him until I began my genealogy research.


The first William Joseph Quinn in this line was born December 7, 1851 in the Parish of Kinvara, Townland of Caheravoneen,  County Galway, Ireland. His parents were James Quinn and Catherine Fahey. He married Bridget Brannelly and was a farmer in Caheravoneen.

The third William Joseph Quinn was my father-in-law. He was born in New York City and, after college, joined the U.S. Army. He married his wife, Doris Staubach, in New York City. They had five children and lived in several states, France, and Germany during his career in the Army.

My husband and son, both born in Virginia, are the fourth and fifth William Joseph Quinns. And my new grandson, born in China, is the sixth.

The name has continued to be used for six generations, over a period of 166 years, and on three continents.

Family photographs and documents from the collection Diana Bryan Quinn.

From the Files of Marguerite Cook Clark: A Bienville Parish Christmas Card 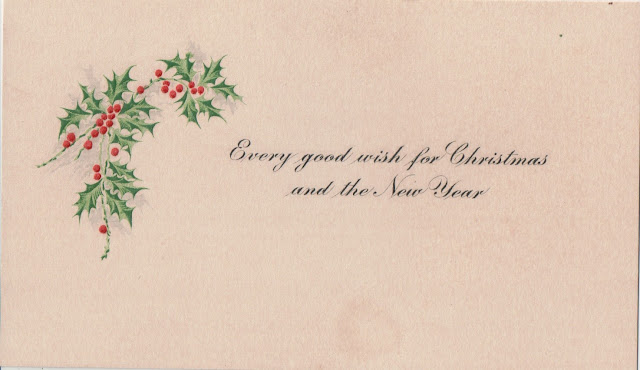 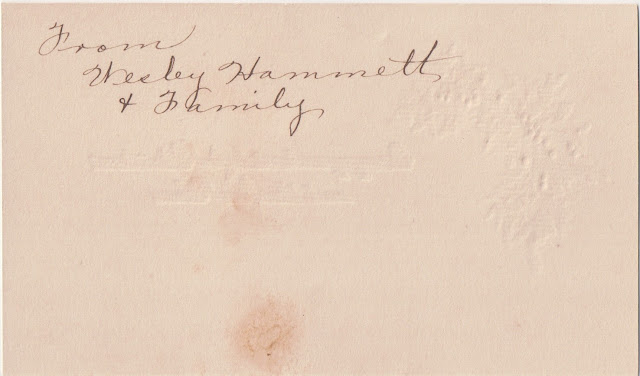 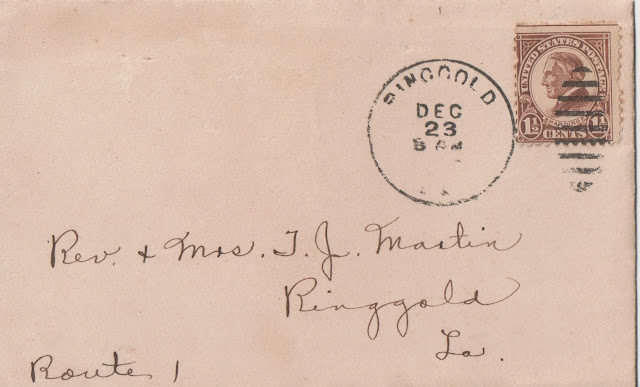 This card was found in the collection of Marguerite Cook Clark. It was sent to her grandparents Rev. Thomas J. Martin and Laura Bryan Cook from the Wesley Hammett family. Laura, Wesley, and Wesley's wife, Sally, were first cousins. The stamp indicates the card was probably sent in the 1920s - before 1928 as Thomas Martin died in April of 1928.

I had planned to explain how Laura Martin and the Hammetts were related, but I felt I was writing in circles so made this chart. 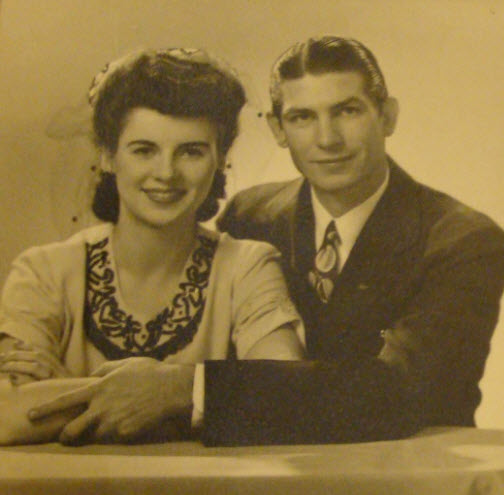 I don't know why my cousin had this Christmas card from the Yedells with all of the other Bryan and Hairston family photos and documents. I haven't been able to find a connection. The card was sent about 1945 and the photo might be John and Henrietta's wedding photo.

My cousin was only 13 years old when the card was sent, but John and Henrietta were at the right age to have been friends with my aunts or my father.

I researched this couple at Ancestry.com. John was from Louisiana and Henrietta from upstate New York. Henrietta's obituary indicates the family remained in Missouri after their marriage.

If this is your family, please contact me. It would be interesting to know why my Texas family had this card. 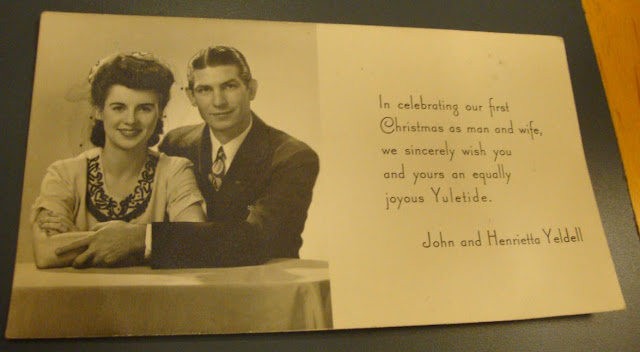 Family photographs and documents from the collection of


Dad arrived in Pearl Harbor right out of Hospital Corps School in June 1940.  He was stationed at Naval Mobile Hospital # 2 when the bombing occurred on December 7th. Dad remained at the mobile hospital until 1943. He took these photos while in Hawaii.

These past posts tell much more about Dad's time in Hawaii.