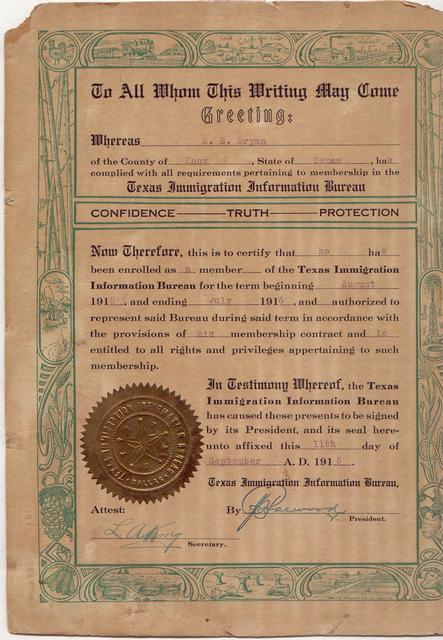 This week's writing prompt for #52ancestors is closest to your birthday. That means I would need to write about my father's father, Redic Eli Bryan - his birthday was the day after mine. Redic, my grandfather, was born on August 2, 1870 - 85 years before my birth. He died in 1929 so most of what I know about him is what Dad remembered from his childhood or what I read in old newspapers.

I would have really preferred another topic as I had nothing new, but a search through the photo albums took me to this certificate for the Texas Immigration Information Bureau. Redic was enrolled as a member of the bureau for one term - August 1915 to July 1916.

Was the Texas Immigration Information Bureau Redic's current job in 1915? Further Internet research didn't answer my question. I did learn this bureau was not a government job and had nothing to do with the United States naturalization process.

A publication of this bureau, Truth about Texas, was found in Southern Methodist University's digital collections. This publication is a promotional booklet, which highlights specific cities, counties, and regions of Texas and describes living conditions. Agricultural, business, and manufacturing opportunities are listed as well as real estate available for sale or exchange.

The Texas Immigration Information Bureau, a state-chartered institution, was formed by businessmen to protect home seekers and investors by presenting statistical, geographical, and other information about properties for sale.

If Redic was paid, I'm sure it was not enough to support his family. From information found in the Baylor County Banner at The Portal to Texas History, I learned he left Seymour in Baylor County for nearby Vera in January 1915 to open a store.  In August 1915, his wife and children moved back to Seymour. In January 1916, Redic sold his business in Vera to Penick-Hughes of Stamford. He worked for a time in Spur, Texas and made a few trips to other parts of Texas and one to Denver. In June 1916, he opened a store in Seymour where he sold ice and later, produce. I wonder if he finished his term with the Texas Immigration Information Bureau?


This week's writing prompt for #52ancestors is work.  I choose to write about Mitchell Giddens as one of the few documented facts about Mitchell is his occupation of shoemaker.

According to a handwritten record from another family member's research, Mitchell was born on October 12, 1802, and died on December 18, 1852.  Dates for other family members have been accurate so I can only assume this is correct. I suspect these dates were copied from a Bible, but I may never know.

Mitchell was born the year his father died in Wayne County, North Carolina. Mitchell's mother was thought to be Sarah Taylor. John's estate was divided equally between his wife and eight children. Six of Mitchell's siblings have been documented; Isaac, John, Jacob, David, Elizabeth, and Abram/Abraham. An eighth sibling has not been identified.  Mitchell's mother married Jesse Flowers prior to 1810.

In 1835, Mitchell witnessed the will of Bryan King in Sampson County. Mitchell was living in the Buck Swamp district of Wayne County in 1840 and the census indicated he had a wife and three young children under the age of 5. Mitchell was to married Letisha Britt, daughter of William C. Britt and Patience Bell. No marriage record has been found.

On November 2, 1852 in Duplin County, Mitchell Giddens signed a petition to remit the remaining term of William Barnham's prison time. Barnham was convicted of manslaughter for killing a nine-year-old boy. Barnham was described as having feeble intellect. James T. Giddens, Henry B. Giddens, and Lewis D. Giddens also signed the petition.


I have posted this photo previously but didn't realize until last week, it was taken on my first day of first grade. I attended Louise Luxford Elementary School on Bayshore Road in Princess Anne County.  Although the school did not move, it is now on Haygood Road in the city of Virginia Beach.

Louise Luxford Elementary was a brand new school. My mother and I attended the dedication on September 6, 1961. Mom said I was the only child in attendance. I remember Miss Louise Luxford, the director of instructional personnel, on stage wearing a suit and white gloves. Click here to read more about Miss Louise Luxford and the history of the school.

There were over 40 students in room 31 and I am sure my teacher had no breaks. She ate lunch with us and I don't remember any resources such as art, music, and physical education.

My most vivid memory of first grade was carrying a rug to school. My classroom had tables, but no chairs. We knelt on the rugs while working at the tables and after lunch rested on the rugs while my teacher put her head down on her desk.

From the Files of Marguerite Cook Clark: Is this a school in Bienville Parish? 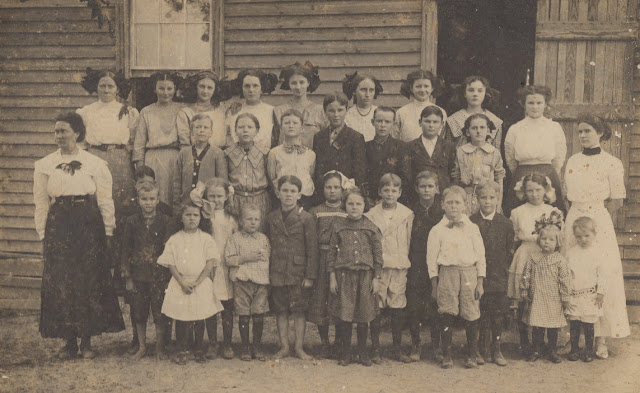 There are no clues on this photo so not much to say. Looking at the bows and clothing, I would guess this might be about 1910. Does anyone have a similar photo OR recognize any of those pictured? 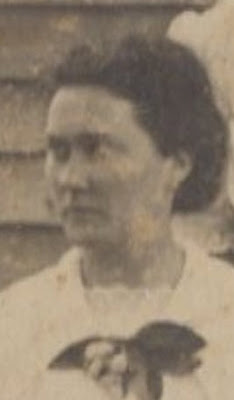 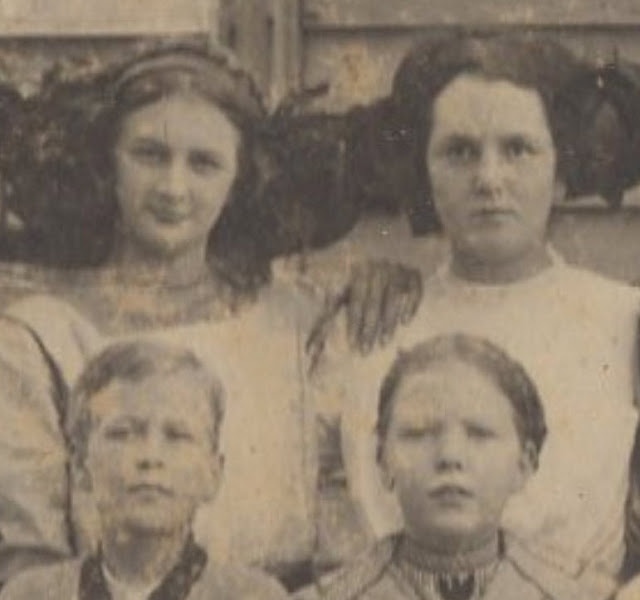 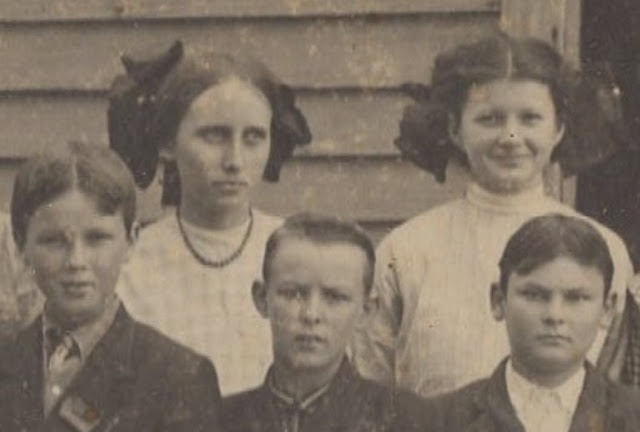 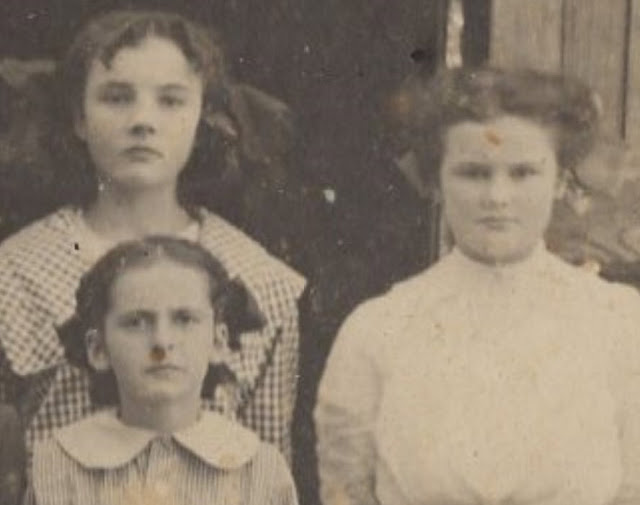 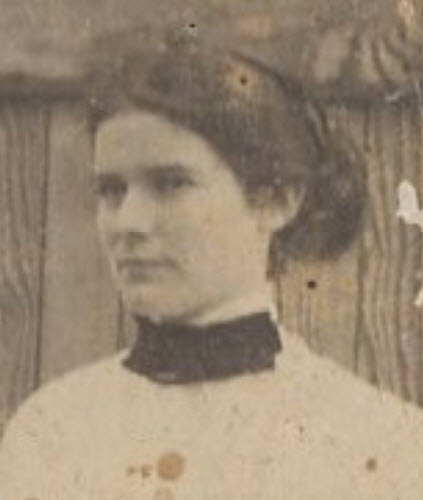 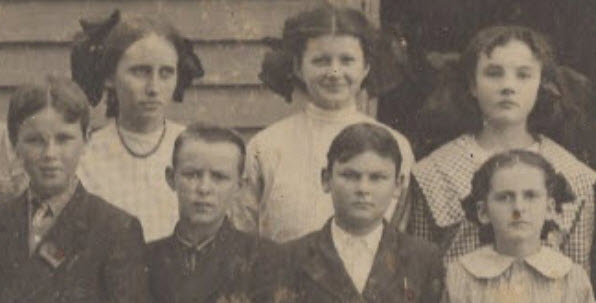 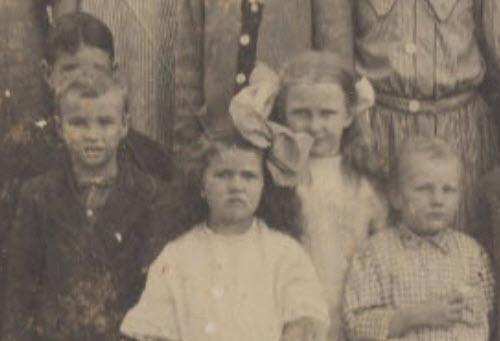 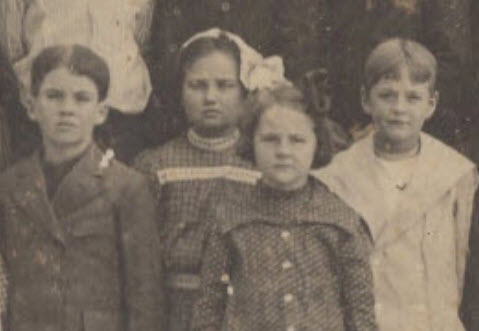 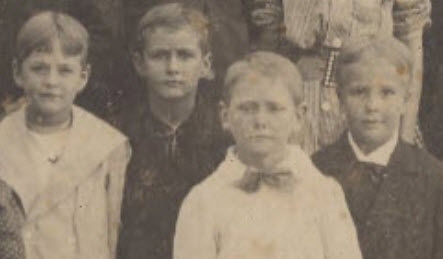 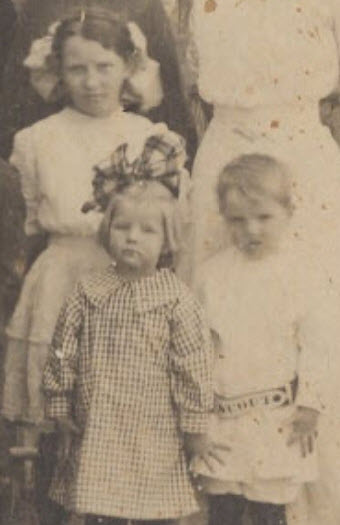 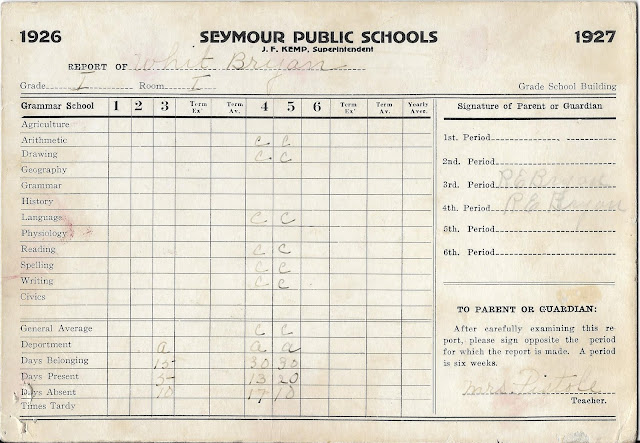 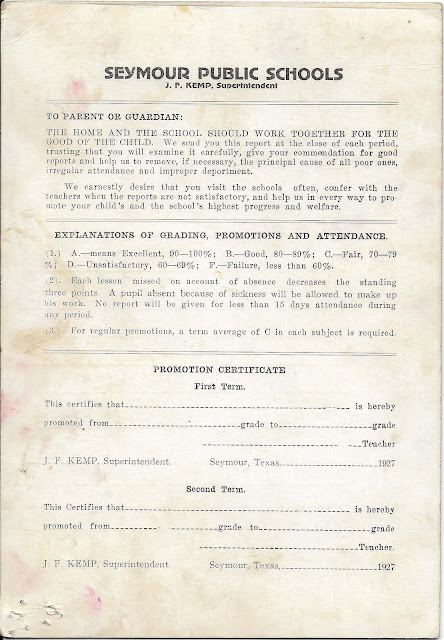 Last week's post for #52ancestors was back to school. I am a little behind as it is back to school for me as well. I am beginning my 40th year as a speech-language pathologist in my local school division.

This report card belonged to Whit Criswell Bryan, my father. I believe it is his first-grade report card.  He was born in Seymour, Baylor County, Texas on December 21, 1920. He was the youngest child of seven children born to Redic Bryan and Myrtie Hairston.

It appears Dad did not begin school until the third period of the 1926-1927 school year. Was this a parental choice or did he have to wait until after he turned six on December 21?

During this school year, Dad and two of his sisters, Marie (age 25) and Willa Mae (age 16) were living with their parents. Two of his brothers died as infants, DeRay was teaching in Amhurst, Texas, and Hairston "Buster" was working in Witchita Falls.


Dad attended school in the Grade School Building and his teacher was Mrs. Pistole. His grades in deportment were As, but he had Cs in all other areas. Dad was frequently absent and according to the back of the report card, points were deducted for missed work due to absences.

I doubt if Dad made up any of the work he missed. It was a bad time for the Bryan family; there were financial problems and Myrtie was sick and passed away on May 3, 1927. Dad said during his mother's illness and after her death, he would sometimes stay with relatives.

Dad's father died in 1929 and he moved to Borger, Texas where he lived with his sisters.