If Your Family Lived in Erath County, Texas . . . 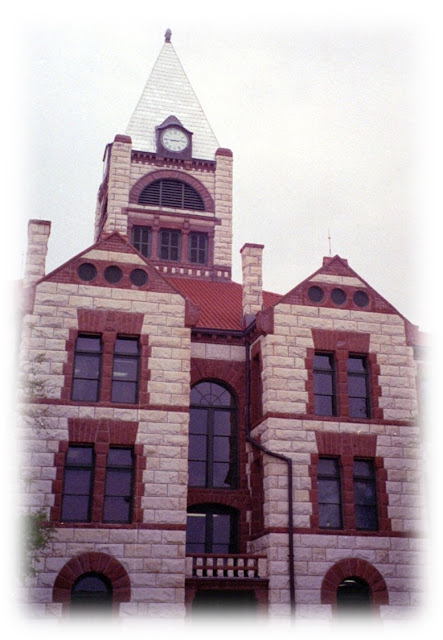 The Portal to Texas History is a fabulous FREE website created and maintained by the University of North Texas Libraries. Enjoy the searchable newspaper collections published in large cities and small towns. You will find yearbooks, photographs, maps, personal and community records, bank notes, city directories, county histories, and much, much more. New information is continually added.

If your family lived in Erath County, you currently have 47 collections to search. My current favorites are the newspapers. The Dublin Progress and The Stephenville Empire reported important genealogical information - marriages, deaths, and births. However, some of the trivial information reported in those newspapers gives us such good insight into the lives of our ancestors.

A few weeks ago, when I realized the Stephenville Empire was available to search, I found the following facts about my great-grandfather, Terrell Bryan.

- In 1883, Terrell Bryan purchased a New Home Sewing Machine for his wife, Harriet. 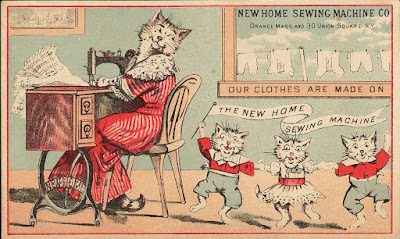 - That same year, he managed and lived at the county Poor Farm. He was known to have managed the Poor Farm until at least 1886.

- In 1888 he was a member of the Cleveland and Thurman Democratic Club.

- In 1891, Terrell Bryan reported marrying 21 couples as Justice of the Peace.


- He was on the committee of Masons arranging the corner stone ceremony of the new courthouse in 1891.


- Terrell opened a Feed and Wagon Yard in 1891. It was advertised in the Stephenville Empire in 1892, but not seen following that year.

- In 1892, he won an election to serve another term as Justice of the Peace.


- Terrell supported preachers of the M. E. Church South in Stephenville by donating funds in 1893.

- Terrell Bryan was the banker for the Woodmen of the World membership in 1894.

A Letter from the Texas Confederate Home 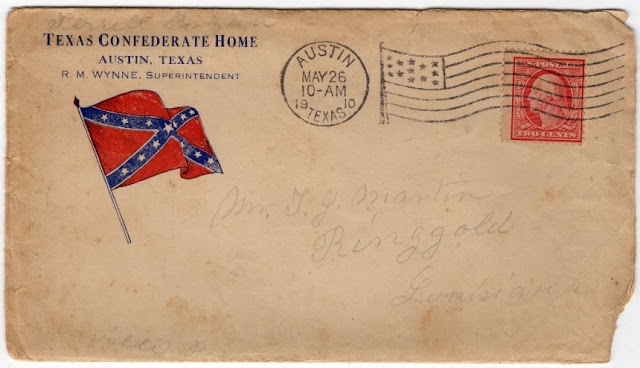 If you've seen my web pages, you may have seen a transcription of this letter. Above the transcription, I wrote, A copy of this letter was in my father's notebook. I am assuming that he received it from Marguerite Cook Clark, a granddaughter of Thomas J. Martin of Bienville Parish, Louisiana.

I don't know if my father received the copy from Marguerite Cook Clark, but she did have the original. I found this on my third visit to see her genealogical collection. 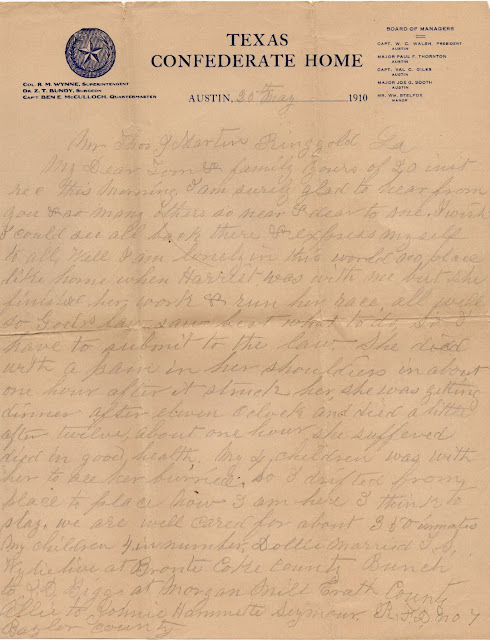 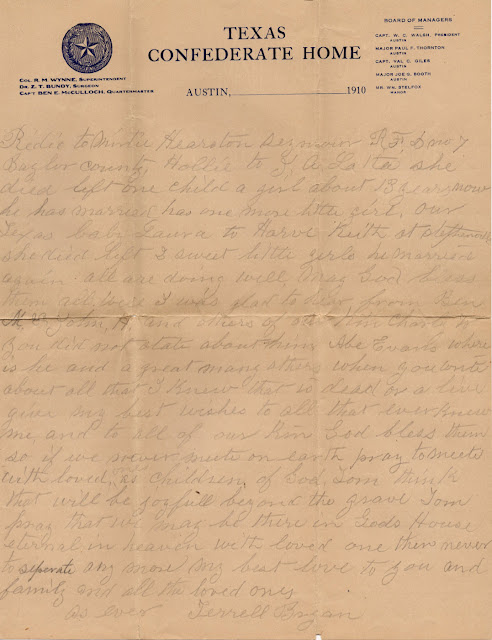 My Dear Tom & family, Yours of 20 instr rec this morning.  I am surely glad to hear from you & so many others so near and dear to me. I wish I could see all back there U express myself to all.  Well I am so lonely in this world no place like home when Harriet was with me but she finished her work & run her race all well so God’s law saw best what to do.  So I have to submit to the law.  She died with a pain in her shoulder in about one hour after it struck her.  She was getting dinner after eleven o’clock and died a little after twelve, about one hours she suffered.  Died in good health.  My 4 children was with her to see her buried.  So I drifted from place to place.  Now I am here.  I think to stay.  We are well cared for about 350 inmates.  My children, 4 in number.  Dollie married T.S. Wylie live at Bronte, Coke County,  Bunch to J. D. Biggs at Morgan Mill, Erath County.  Allie to Johnie Hammettee, Seymour, RFD No.7, Baylor Country, Redic to Mirtie Hearston, Seymour F.D.D., No 7 Baylor County.  Hollie to J.A. Latta. She died, left one child about 13 years now.  He has married has one more little girl.  Our Texas baby Laura to Harve Keith at Stephenville.  She died, left 3 sweet little girls.  He married again.  All are going well. May God bless them all.  I was glad to hear from Ben M. & John H. and others of our kin.  Charley to you did not state about him.  Abe Evans where is he and a great many others.  Give my best wishes to all that ever knew me and to all our kin God Bless them so if we never meet on earth pray to meet with loved ones as children of God.  Tom think that will be joyful beyond the grave.  Tom pray that we may be there in Gods house eternal in heaven with loved ones then never to separate any more.  My best love to you and family and all the loved ones.

As ever
Terrell Bryan

For more about Terrell Bryan's time at the Texas Confederate Home including information about those mentioned in the letter, click here.

These posts tell more about Terrell Bryan in the Texas Confederate Home and his later years of life. 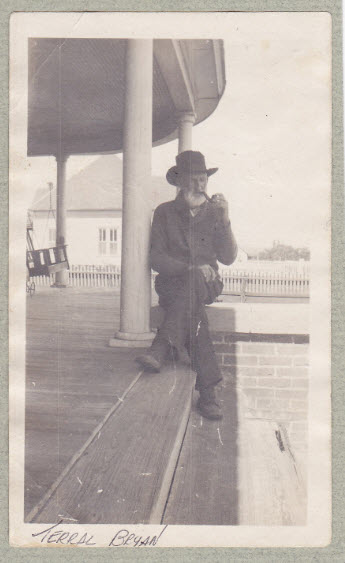 My second cousin sent me this photo of my great-grandfather, Terrell Bryan. This was taken at the home of his daughter, Dollie Wylie, in Bronte, Coke County, Texas. It may have been taken sometime between the death of Terrell's wife, Harriet Albritton Bryan, in 1909 and Terrell's own death in 1920.

Terrell moved often after his wife's death. He was living in Stephenville when his wife died February 9, 1909. Soon after, he must have gone to West Texas as a local newspaper reported Terrell Bryan returned home from a trip of some time in Coke and other west Texas counties. At that time, three of his children lived in West Texas. Dollie Wylie lived in Coke County, Allie Hammett lived in Baylor County, and Redic Bryan lived in Howard County.

In May 1910, he was found as a roomer at the home of Olin Cameron, a liveryman, in Stephenville, Texas. Terrell was 73 years old and not working. Soon after, Terrell was admitted to the Texas Confederate Home. Between March and September of 1911, he visited Stephenville at least twice. He requested to be discharged from the home in August 1912. His daughter, Terrell Little "Bunch" Bryan Biggs wrote the following about Terrell's living situation in June 1913.

Yes, PaPa could be here with me and be one of my family if he just would. I would love to wait on him but he won't do anything his children wants him to do. He is a Woodsman. He draws his Policy now it ought to keep him up. He gets his pension besides what we children does for him. He don't care to spend money anyway.


He is so hard to get along with is the cause of him leaving the old Soldiers Home. He stayed there just as long as he could. I know just how he was. He is so childish and so strong headed. You know Mama was all the one could do any thing with him and she could not do much. Poor old man. Makes his own bed hard. I don't think he will ever change.

McNeil Wylie reported Terrell moved in with the Wylie family in 1914. That must have been short lived as Terrell was living in Stephenville in June 1914 when Bunch wrote in another letter I saw Papa the last time I was at Stephenville. He looks well and fine. looks so big and stout.  Terrell wrote to his niece in Georgia on October 17, 1915. He stated he had lived with Dollie Wylie in Bronte, Texas, but was presently living in Stephenville.

Terrell was again admitted to the Texas Confederate Home on October 31, 1916. It is unknown when he left the home, but below is Terrell at the Wylie home in about the year 1918.

Terrell Bryan was 83 years old when he passed away on May 16, 1920, at the home of his daughter Dollie Wylie. I am glad he was with family.  Terrell is buried in West End Cemetery in Stephenville, Texas.

Family photograph (Terrell Bryan) from the collection of Fran Lomas. Used with permission.

Moments in Time, A Genealogy Blog: Friday's Photo: A New Photo of Terrell Bryan AND More About His Time at the Texas Confederate Home. N.p., n.d. Web. 25 Jul. 2017. <https://momentsintimeagenealogyblog.blogspot.com/2016/03/fridays-photo-new-photo-of-terrell.html>.

Wylie, McNeil. Circumstances Leading to the Departure of Terrell Bryan From his home in Ringgold, Louisiana: Selecting Erath County, Texas as his home. No Date. Print.
Posted by Diana at 1:03 PM 0 comments 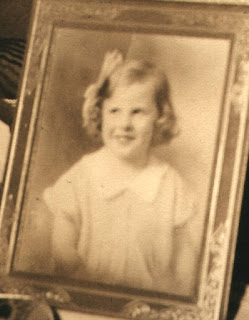 Last night, while looking for a photo to post, I saw this photo that once belonged to my mother-in-law.  Doris, who pretty consistently labeled her photos, did not label this one. There's only a little scribble on the front. When enlarged, I could clearly see an arrow and the letters ME. Doris was telling us that was her in the photo. It is the earliest photo I have seen of Doris. I would guess 1931. She was a little older in the photo on the right. Doris was born on July 21, 1929 and would have been 88 years old today.


Family photographs and documents from the collection of Diana Bryan Quinn
Posted by Diana at 11:38 AM 0 comments

A few weeks ago, I was contacted by Princess Hairston, a film editor and director, about my Hairston research. She has been working on the documentary, Tracing the Hairstons, a three-part series about the history of the Hairston Family.

Most Hairston genealogical research focuses on the Hairston family who was known to have numerous plantations and was one of the largest slave-holding families in the history of America.

Those were not my Hairstons. Although I am sure my Hairstons are connected, my known Hairstons were poor, moved often, and left very little documentation about their lives.

Tracing the Hairstons will be an interesting documentary. The film's Facebook page can be seen by clicking here.  Visit the Seed & Spark funding page to learn more, support, and/or donate.

Source
Family photographs and documents from the collection of Diana Bryan Quinn
Posted by Diana at 12:56 PM 0 comments