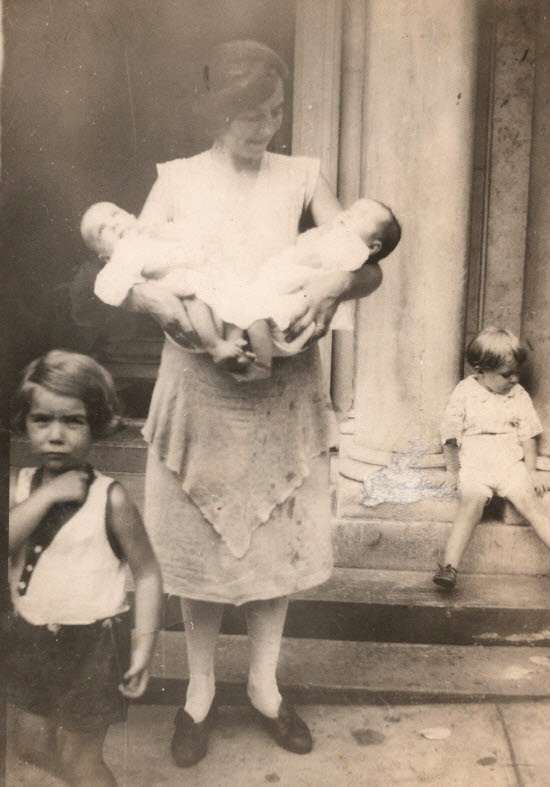 Twins, William Quinn III and Helen Quinn, were born on April 2, 1930. They were not recorded on the 1930 census so I just assumed that they were born after the date the census was recorded.


The above photo is of Susan Quinn and her twins. The older girl was identified by her sister, Kitty (Kathleen),  as Patsy (Patricia) Quinn. The identity of the younger child is not confirmed. Kitty did not believe that it was her.

The location of the photo of Susan holding the twins is unknown, but doesn't appear to be the address of 500 West 174th Street. The location looks to be the same as the location the above photo of the twins taken at about the same time. Susan's clothing is different in both photos so the two photos were probably not taken on the same day.

I suspect that the photos were taken at a friend or family members home. By 1932, the family lived at 512 135th Street which also doesn't resemble the building in the above photos. 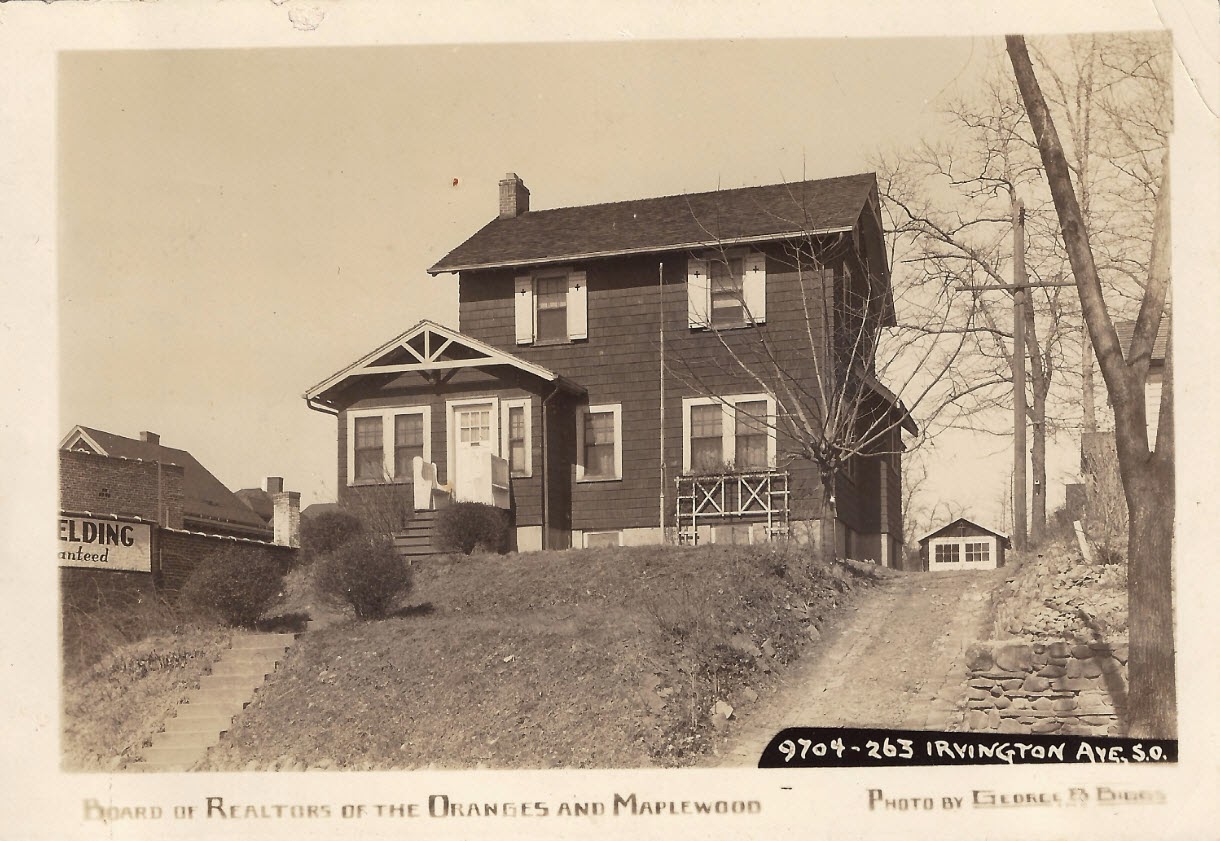 Charles and his wife, Louise moved from Newark, New Jersey into the house sometime after 1925. By 1927, they were living in the house at Irvington Avenue along with my grandmother, Edith Giddens, and Louise's mother, Louise Uhde. My grandmother moved to Newark in 1928. Charles and Louise remained in the house for more than 10 years often taking in boarders and family.

Charles entered the Navy during WWII and they moved to Florida sometime during the war. It is unknown as to when they sold the house.


I wondered about the welding sign seen in the front yard. Did Charles have a
welding business? A search at Ancestry.com indicated that Charles worked for the Public Service Electric and Gas Company while living in South Orange. And, a Google Map search for the house revealed that it still looks very much the same and welding sign was not in the yard, but on the side of a shop next to the house. 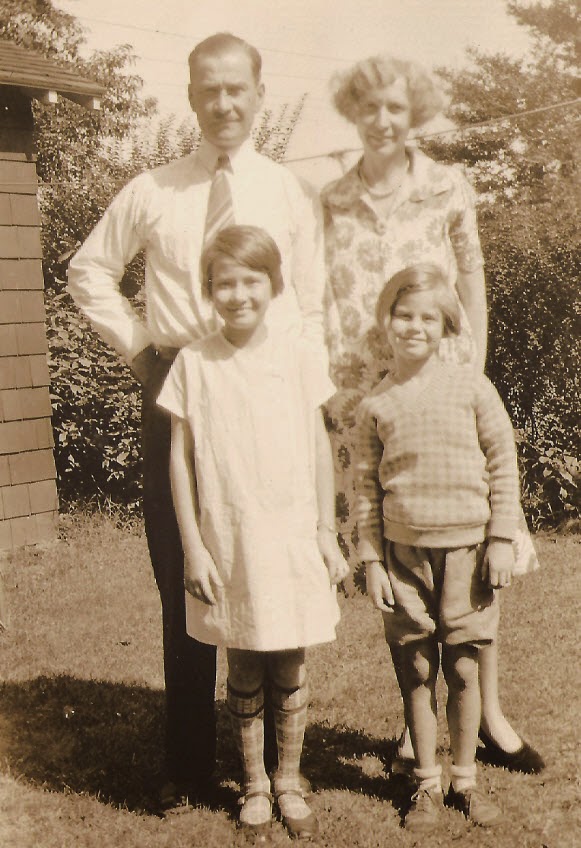 This Giddens photo was found in an album that belonged to my grandmother, Edith Giddens Davis. Charles Giddens was her brother and his wife, standing beside him, was Louise Uhde.  The tallest girl is Doris, the daughter of Charles' brother, Warren. The other girl is unknown. I wondered if this could be Evelyn James, daughter of Elizabeth Giddens James, who would be about a year younger than Doris. However, I don't have any photos of Evelyn during this time to compare.

The photo is not marked, but in the album it is dated "about 1928." My mother wrote this when my grandmother was still living. It is presumed  that the photo was taken in New Jersey. 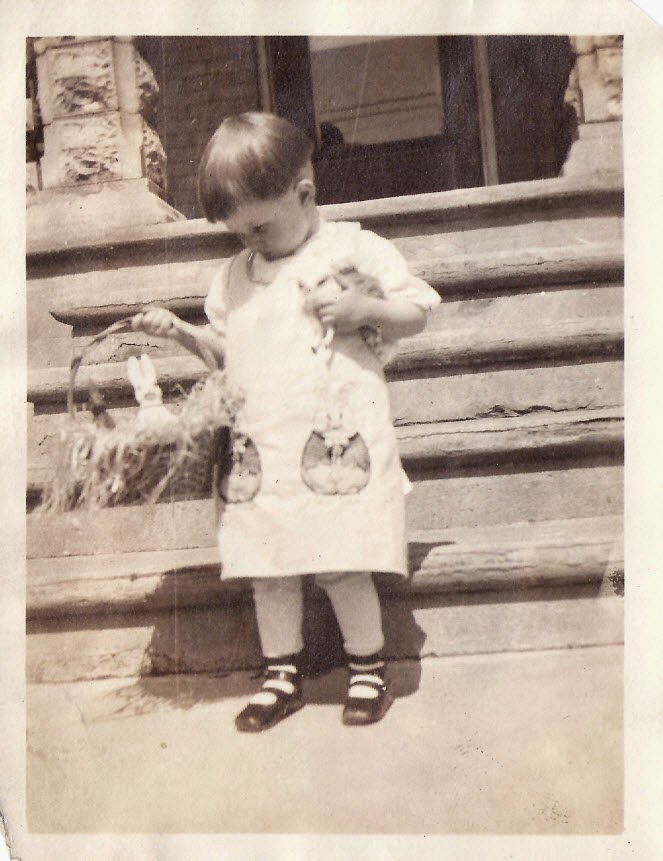 This is my mother's cousin in about 1922. I love the bunny pockets. I would guess that it is Phillipsburg, New Jersey. Does anyone know?