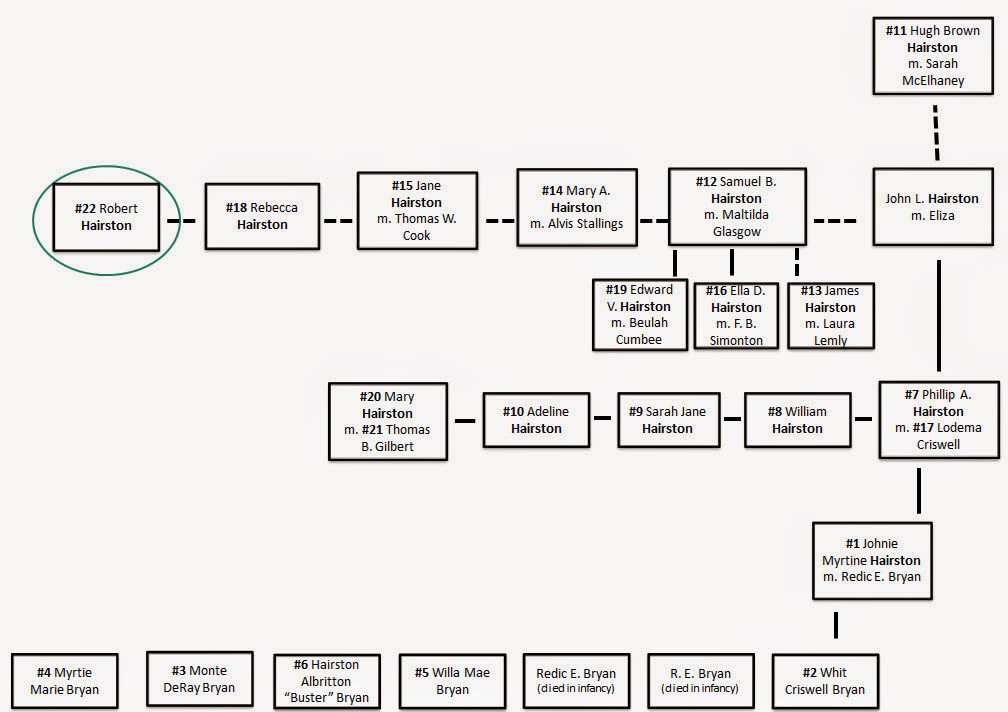 According to Mary Lee Anderson's The WHITAKERS and Related Families, Robert Hairston is one of five boys born to Hugh Brown Hairston and Sarah McElhaney.  If my math is correct, Robert was born about 1827 and U. S. census records indicate that he was born in Georgia or South Carolina.

It is difficult to pinpoint a Robert as this Robert Hairston without him being with family. There a number of Robert Houstons, Hustons, Hurstons, Herstons, Hairstones, Hirstons, and Hairstons living in the south.

Robert Hirston {Hairston} was first found in a 1847 list of taxpayers in Hinds County, Mississippi along with John L., V., and Alexander M. Hirston.  John L. and V. are thought to be his brothers.

In 1860 Robert Huston was living in Macon County along with Vincton Huston {Vinson Hairston} and W. W. Hudson. Robert was listed as the head of the family and as a land owner.

Robert is not found after 1860. Did he serve in the Civil War? Did he remain in Alabama? Did he marry? All of these questions require much more research. Land and probate records for Macon were searched several years ago. They might need a second look. Other county records, both Macon and surrounding counties, are on my research list.