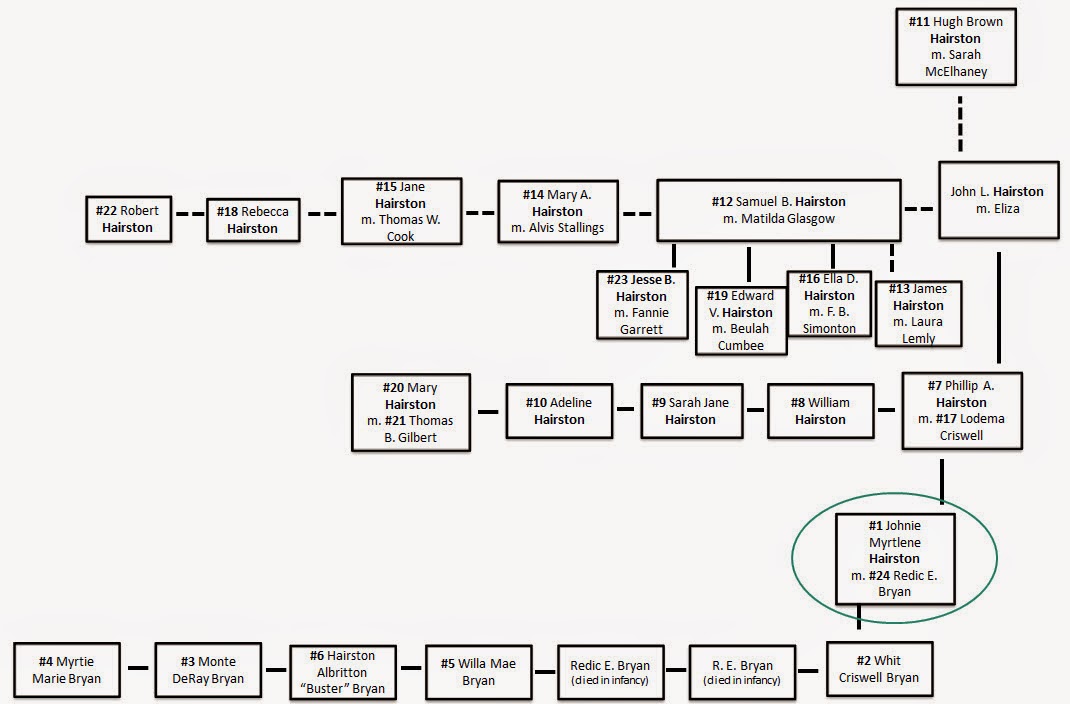 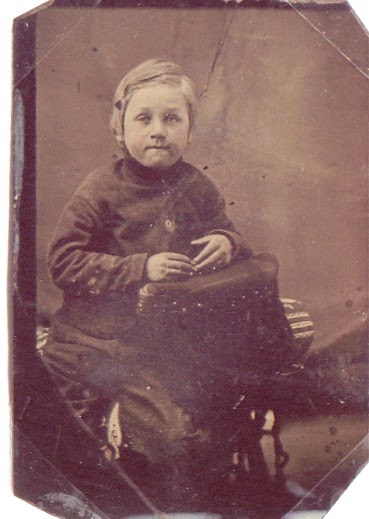 Undated tintype of Redic found in the Bryan Family Bible

Redic Eli Bryan was born in Bienville Parish, Louisiana on August 2, 1870. He was the son of Terrell and Harriet Albritton Bryan. He left Bienville Parish for Texas in 1878 with his family. 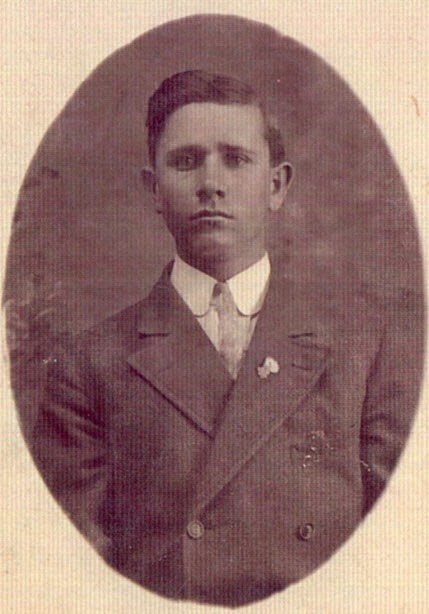 Redic earned a first grade teaching certificate and taught school for five years in Erath County. He was teaching at Sims Valley during the 1895-1896 school year and received $50.00 each month. In the 1896-1897 school year, he was found teaching at the school in Center Grove. The Center Grove School is now a part of the Stephenville Historical House Museum. 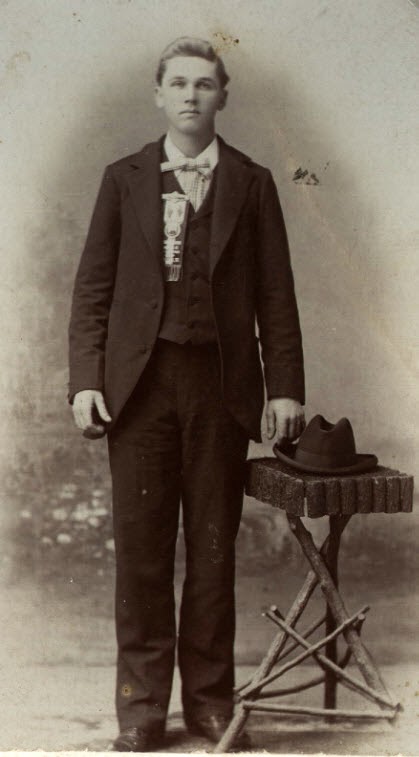 Redic, wearing a Woodmen of the World convention ribbon

By 1898, he was working in a bar owned by Lon Latta, his brother-in-law, and by 1899, he appeared to have his own business and was called "the popular caterer of Dublin" in a local newspaper. 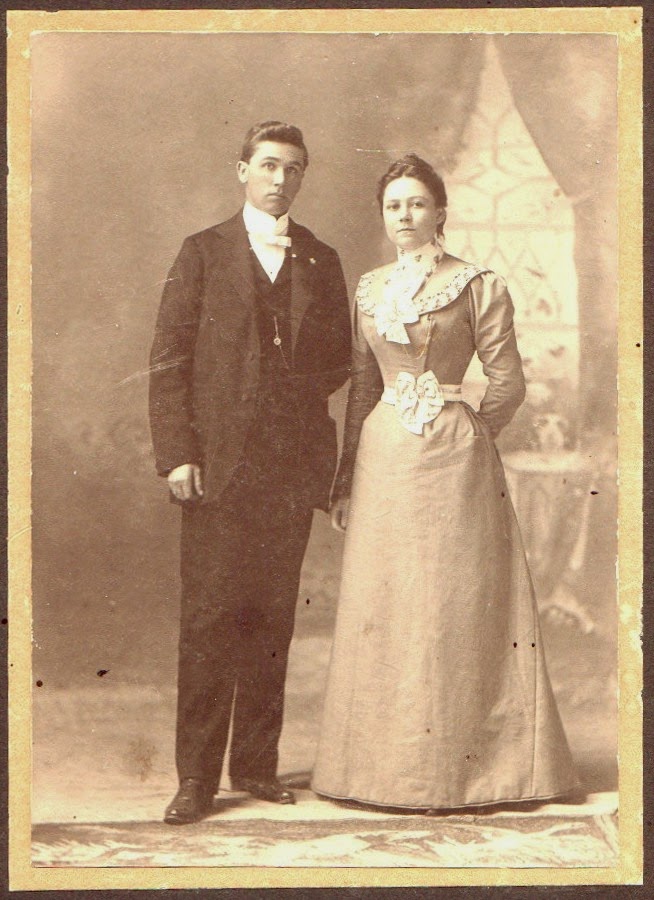 Redic Eli Bryan and Johnie Myrtlene "Myrtie" Hairston were united in marriage on February 7, 1900 at the home of Myrtie’s parents, Phillip and Lodema Criswell Hairston.  Redic was 10 years older than Myrtie and it was said that he first met her when he purchased a horse from Phillip Hairston. 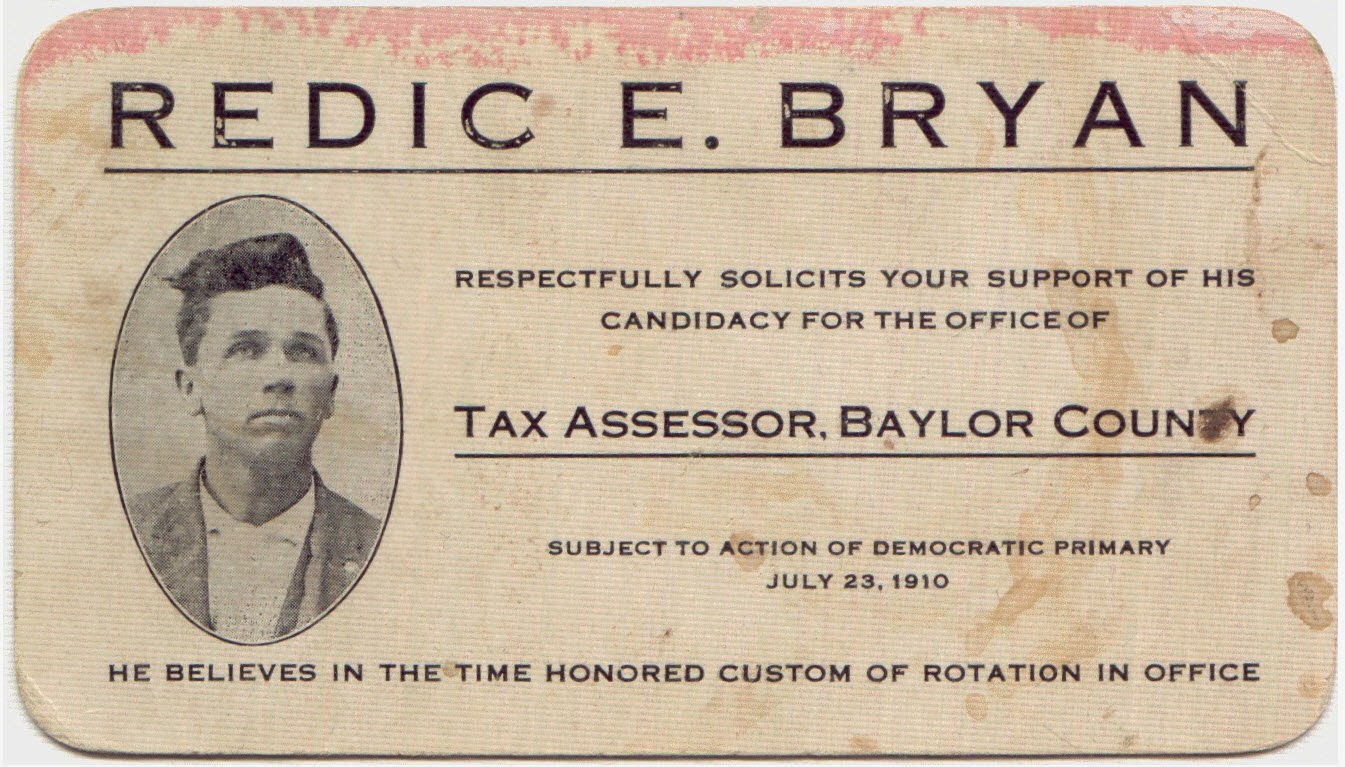 In 1910, Redic successfully ran for Tax Assessor of Baylor County with 154 votes over his opponent.  He served for two terms as Tax Assessor from 1911 to 1915.

My dad said that his father was a truck farmer. Well, Redic didn't appear to grow his own fruits and vegetables. He sold all of his farm implements prior to moving to Big Spring. However, as early as 1912, he was purchasing produce to resell. 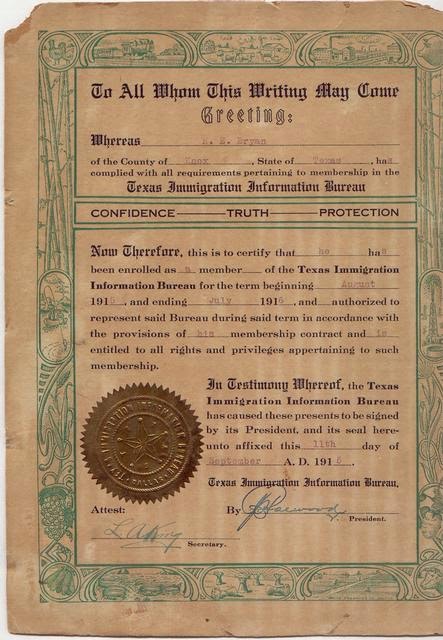 Redic worked for the Texas Immigration Information Bureau from 1915 to 1916. During that time, he continued with his produce business. In 1916, he opened a store in Seymour, Texas where he sold ice and eventually some produce.

I don't know how long Redic kept the store as in April 1919, the following article was found in the Baylor County Banner.

Mr. R. E. Bryan is down at the oil fields with his teams.   In fact, a number of our people have been there lately.  Messes L. H. and C. M. Casselberry of Plainview have been among the number.  There is good money in the work, but the kind of weather we have been getting lately is not favorable for work.

In a letter written by his wife, Myrtie, their financial situation was described as good in 1920 - much better than in previous years. Is this because of the work in the oil fields or maybe an inheritance from Myrtie's mother, Lodema Criswell Hairston?

Myrtie died in 1927, leaving Redic with three young adults and two young children in his care. 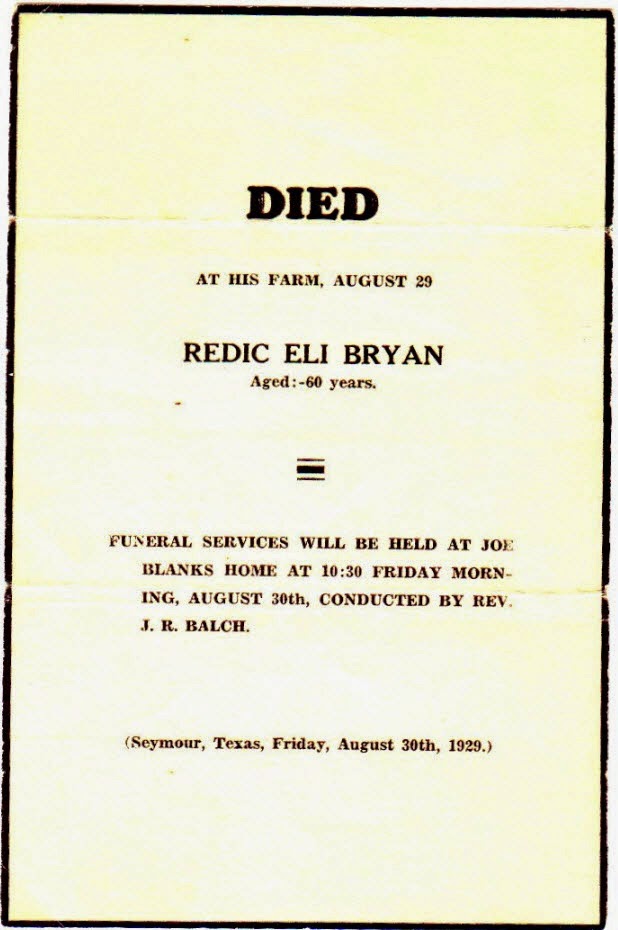 Redic took his own life, at the age of 60, only two years after his wife's death.  Financial problems and lack of work were thought to be the reason.