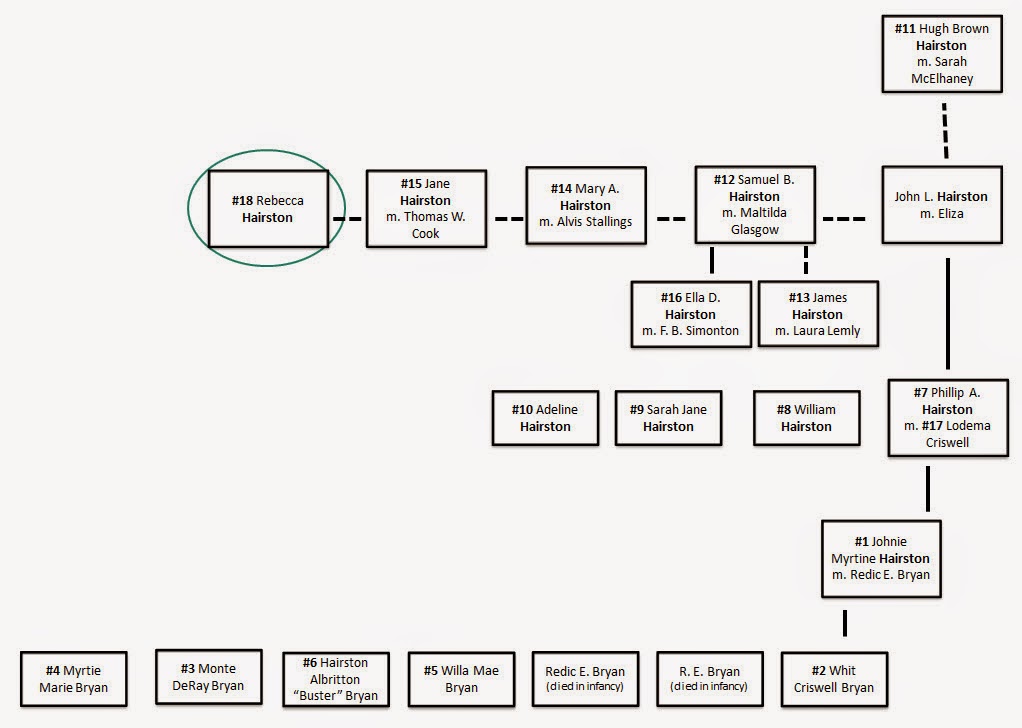 Today's post is going to be extremely short. First, because I will be on my way to the National Genealogy conference in Richmond on Monday and second, because I have never found any information pertaining to Rebecca Hairston.

If this is correct, James was the oldest and born in 1808, John Lewis was born in 1812, Vinson in 1826, Robert in 1927, Sam in 1829, Jane in 1830, and Mary in 1831. All of these said to be siblings were assigned approximate birth years based on census records. I was hoping that I would find Rebecca filling in the unusually large 14 year gap between John Lewis and Vinson, but I have not found a Rebecca in South Carolina, Georgia, or Alabama that I could put with this family.

A second set of eyes is always a helpful thing. If another Hairston researcher would like to give it a shot . . .