This cap was found in a trunk containing notes, photos, and more preserved by generations of women - most recently the daughters of Marguerite Cook Clark.

Lucy Smith Lawson, born on November 23, 1806* in Georgia, was the daughter of Roger Lawson and Lucy Parrotte.  She married William Wimberly in Twiggs County, Georgia on June 20, 1825. In 1837, she traveled from Twiggs County to Northwest Louisiana and settled in the area later known as Bienville Parish. Lucy wrote the following letter to her sister soon after moving to Louisiana.

Marguerite Cook Clark had a transcription of the letter as well as a copy of the original in her files. The original, said to be in Josie Bryan Cook's scrapbook, has not been located. A transcription of this letter can also be found on page 100 of the Wimberly Family History compiled by Vera Meek Wimberly in 1979. 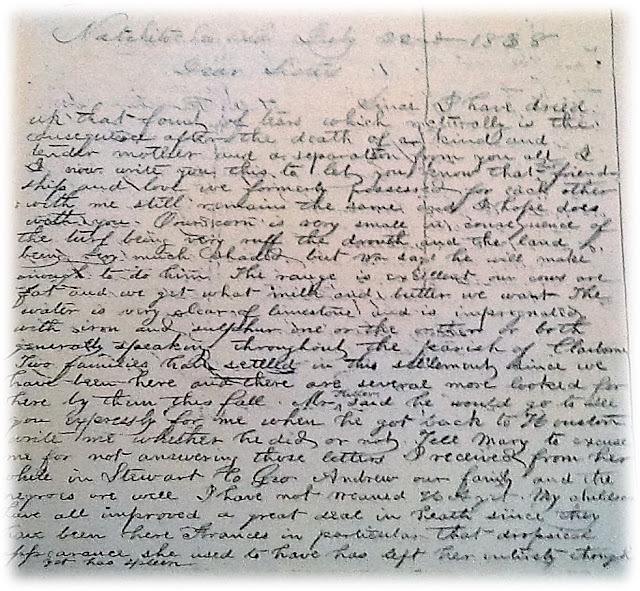 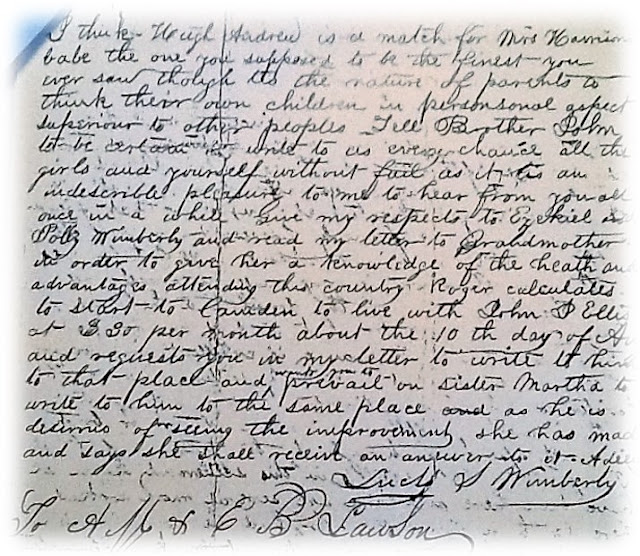 Lucy Smith Lawson Wimberly died on October 16, 1844 and is said to be the first person buried in the Wimberly Cemetery.