As I pulled this framed photo off of the wall of the antique store, my daughter was wondering why I was buying a random picture of school children. She didn't ask as I am sure that nothing I do surprises her.

The picture was labeled Seymour Tex 1911. My father's family lived in Seymour, Texas in 1911. He wasn't born until 1920, but two of his sisters would have attended the school. I recognized one of the teachers, Mrs. Pistol - Dad's 2nd grade teacher. I had seen her in later yearbook photos.

After scanning the photo, I struggled to find my aunts. I have many pictures of both Aunt Marie Bryan and Aunt DeRay Bryan and there were several with some likenesses, but nothing definitive. Yes, I even tried facial recognition software.

I purchased this photo when visiting Austin, Texas earlier this month. It was on a mat in a frame. I had to remove the frame and mat to pack it. On the back of the photo, was the name Eunice Ellis. On the back of the mat were flyers depicting line drawings of famous silent film stars. I am guessing that this photo had been in that frame for a very long time.

I found the identical photo in Salt Pork to Sirloin, The History of Baylor County from 1878 to 1930 compiled by the Baylor County Historical Society in 1972. However, the photo in the book was not complete as the right portion appeared to have been torn just after the two teachers. The teachers were identified as Mrs. O. McDaniel and Mrs. S. W. Pistol.

I wonder how long it took to take this photo. The faces on these children are just priceless. 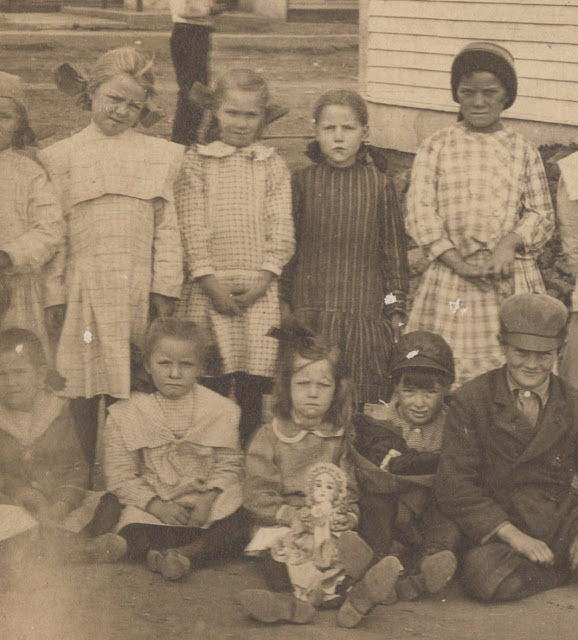 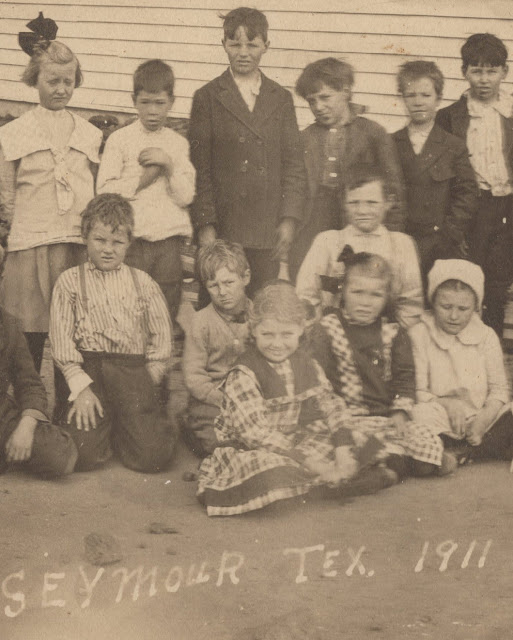 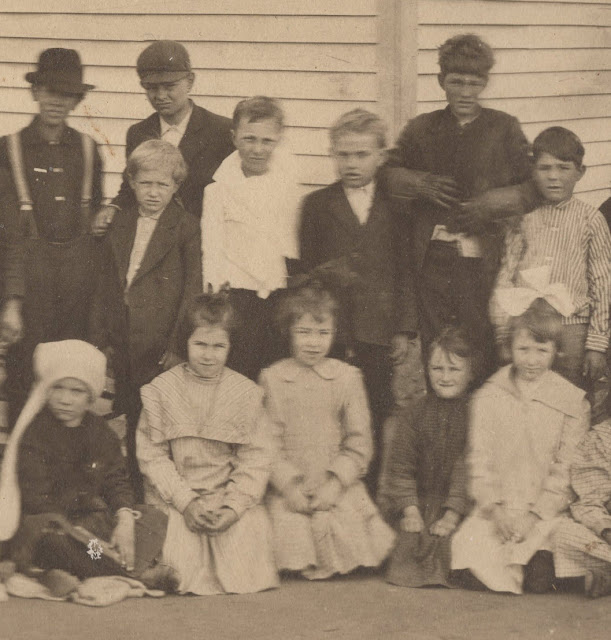 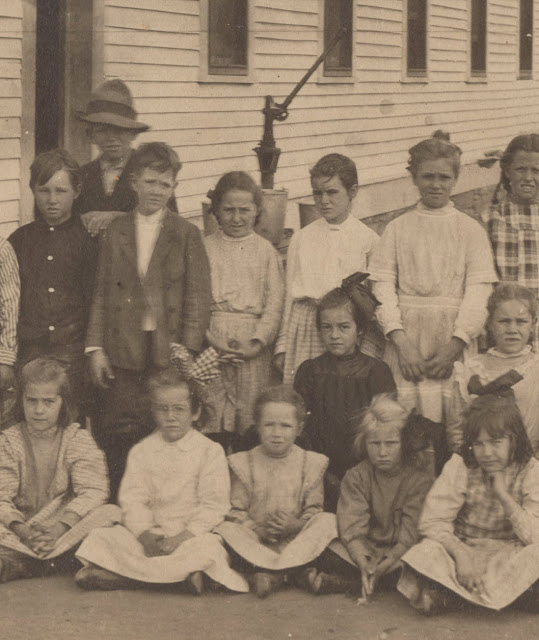 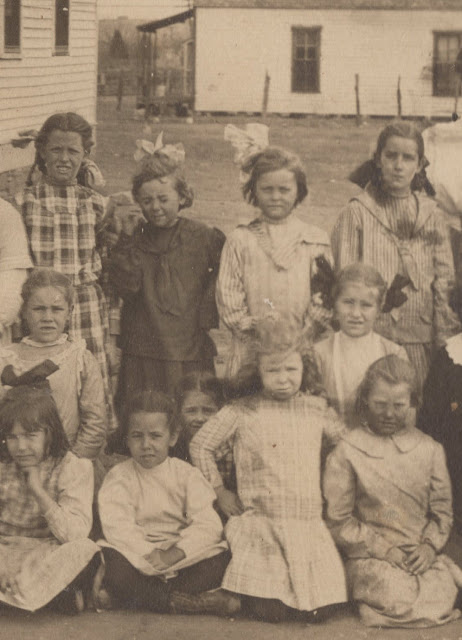 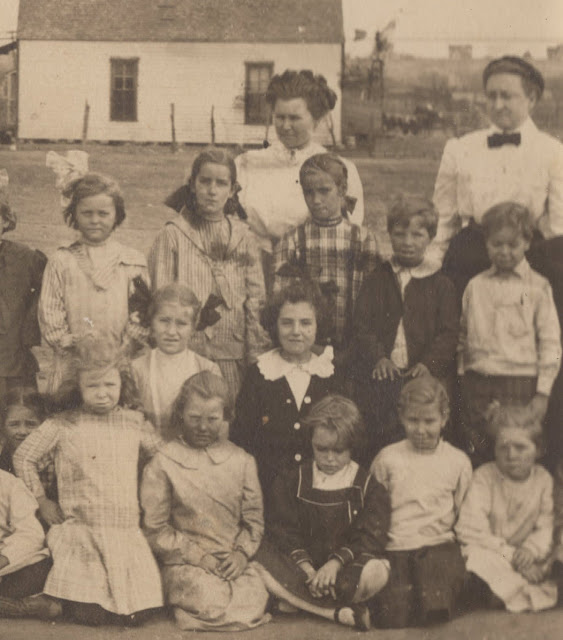 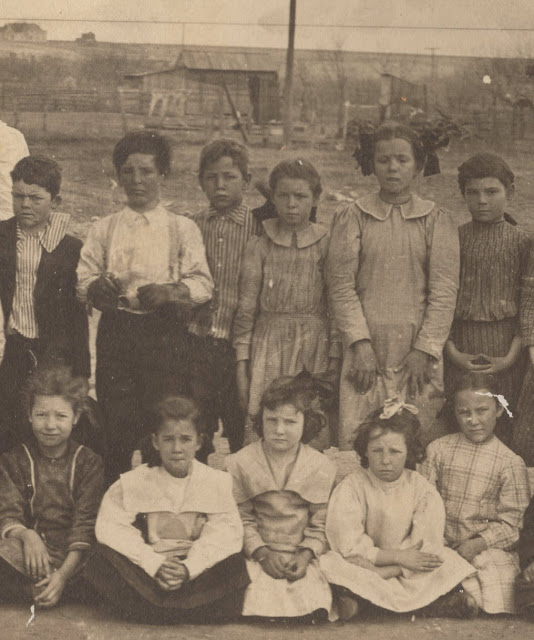 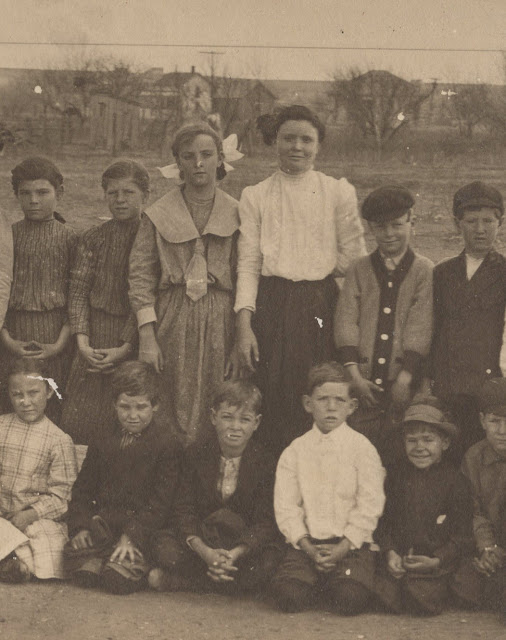 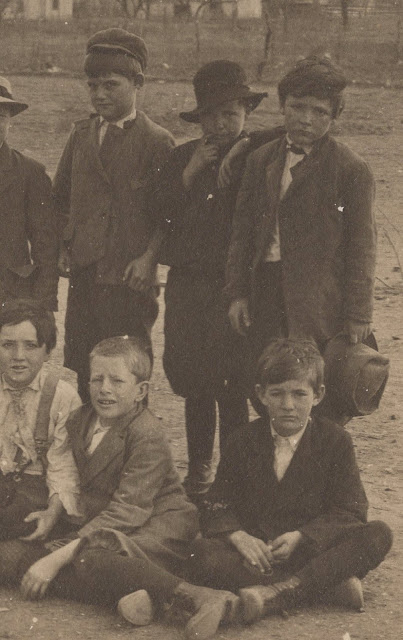 Family photographs and documents from the collection of Diana Bryan Quinn.
Posted by Diana at 11:29 AM