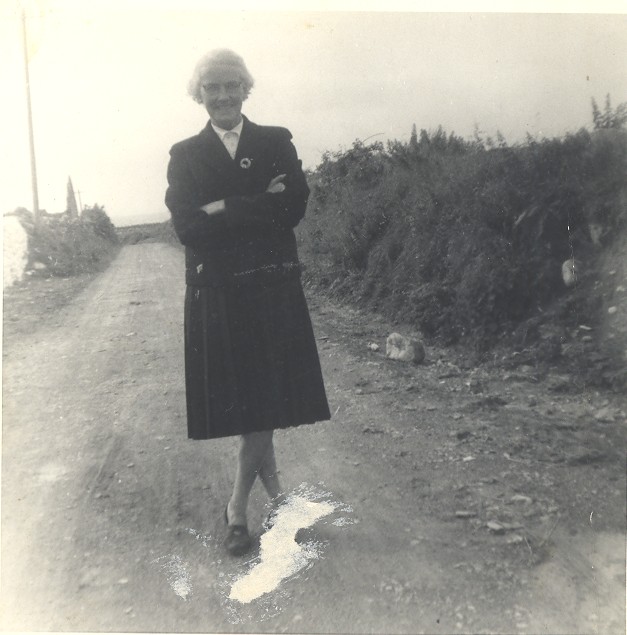 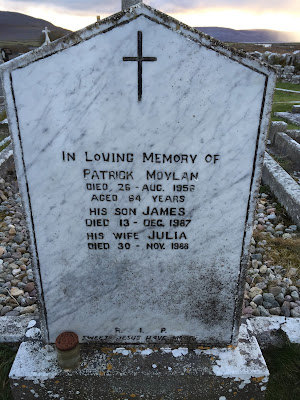 I first posted Julia Murray Moylan's photo in 2012 with very little known information. Baptized, March 25, 1893, Julia Murray was the daughter of James Murray and Celia Linnane in Ballyvelaghan, County Clare, Ireland. The  10th of 11 known children, she was the only child to remain in the Ballyvelaghan area and only one of two to remain in Ireland.

Julia married Patrick Joseph Moylan. He died in 1956 after a bicycle accident in front of their home. Click here to see his obituary. Julia and Patrick had two children, Patrick and James.

Son, Patrick, immigrated to the United States and lived with William and Susan Murray Quinn in NYC for a time.  A photo of Patrick and his obituary can be seen at this link.

Julia died on November 30, 1988 and is buried in Cillin Graveyard along with her husband and son, James.

Family photographs and documents from the collection of Diana Bryan Quinn.
Posted by Diana at 3:00 PM