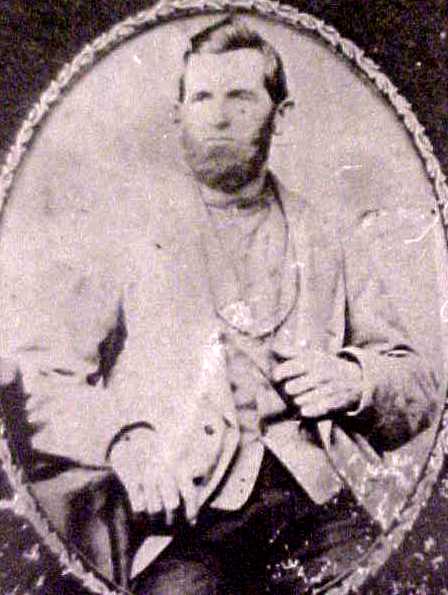 The above photo was sent to me by two different distant Bryan cousins very early in my research. Both identified the man as Joseph B. Bryan, son of Reddick and Elizabeth Regan Bryan.

I received permission to post these on my web pages. Many copied it and added it to their web pages. And, it can be found many times over at Ancestry.com along this older, well documented, photo of Joseph B. Bryan.

I had no reason to question this photo's identity, until last spring when I saw this identical photo in the collection of Marguerite Cook Clark. 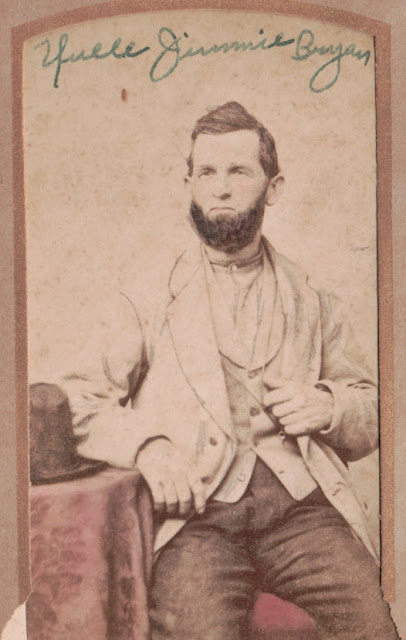 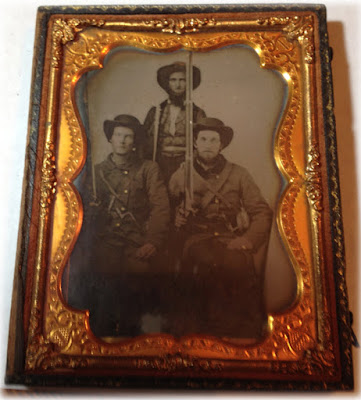 Was this Joseph B. or James? James was half-brother to Joseph B. and about 10 years older.

To be honest, I was much more interested in the Civil War picture found in the same collection. I knew there was a mistake, but planned to worry about it at a later time.

I enlisted the help of Maureen Taylor, photo expert, to help me compare family pictures with those in the Civil War photo. I sent her these photos of "Joseph B." and others, but the outcome was not what I expected. Instead of matching my family photos to the Civil War photo, she found discrepancies in the said identities of some of my photographed men.


According to Maureen Taylor, these men were not one in the same. One of the reasons is the beards were so different. Men's beards have a pattern that don't change with age. 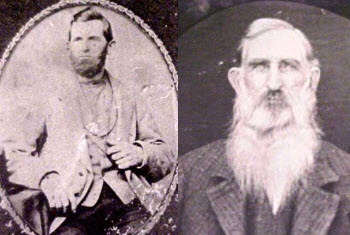 Seen below, these photos of a younger James Bryan and his wife, Alice Wimberly, were also found in Marguerite Cook Clark's collection and labeled Uncle Jimmie Bryan and Aunt Alice Bryan. 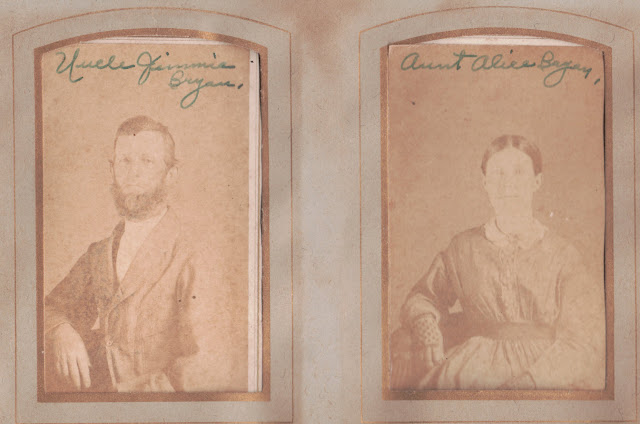 The above photos were also found by Vera Wimberly, compiler of The Wimberly Family History, in Josie Bryan Cook's album.  A very dark Xeroxed copy of these photos along with photos of Josie and her brother, John Terrell Bryan, are in Mrs. Wimberly's files in a library in Conroe, Texas. Above the photos were the names James Bryan and Alice Bryan. Josie and John were the biological children of Sarah Wimberly Bryan and Joseph B. Bryan and the adopted children of Alice Wimberly Bryan and her husband, James Bryan.

And, these colorized photos were sent to me by another descendant of this family soon after I found Marguerite Cook Clark's collection. These framed pictures were identified on the back as James Bryan and Alice Bryan. 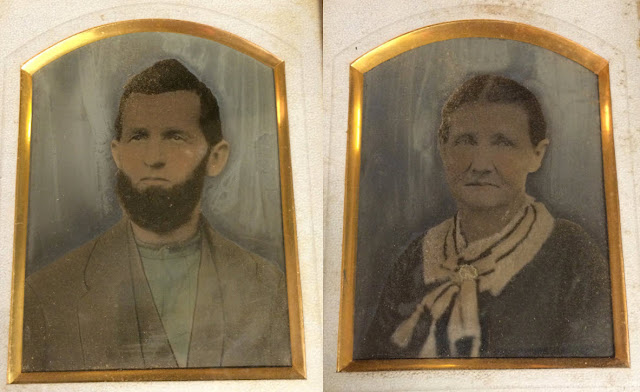 My conclusion? The photo, at the top of this post, is not Joseph B. Bryan, but instead, his half-brother, James Bryan. And, I have many corrections to make.

Photographs from the collection of Mary Smith. Accessed December 2004. Used with permission.